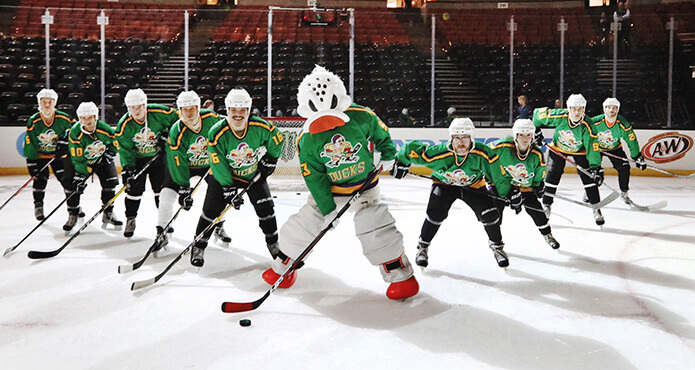 For the past two years, I have had the opportunity to work in the KHL in various positions. I have had to learn how they play hockey overseas with different caliber players, different rink sizes, and a different mentality.

I could easily do four or five articles on different controlled breakouts I have seen in the KHL, but for today’s article, I will be focusing on seven. The biggest difference I’ve noticed from the KHL to the NHL is there are more controlled breakouts and controlled regroups, giving both teams on the ice a chance to go for a line change. Here are a couple videos which will give you a visual breakdown of what I mean.

In this breakout, three players swing low and come up the ice together with the two players staying high. The important thing to notice is how the middle player (red line option) is opening up the space to make a pass to the far blueline for the breakaway. It might not always result in a breakaway, but you will be able to have speed and use the width of the ice.

*No Ducks were harmed in the creation of this story . . . 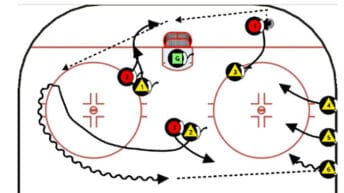