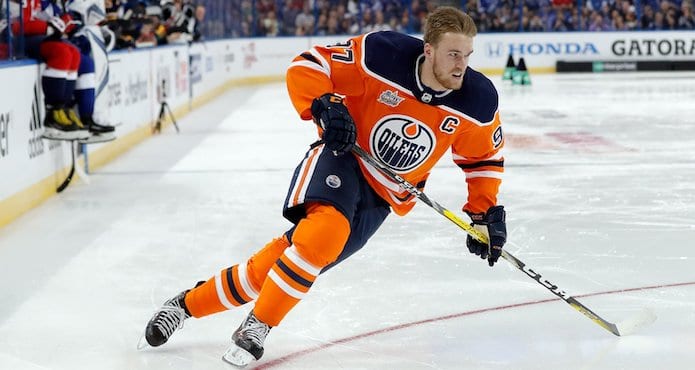 The best skaters have these things in common.
5
(1)

If you were asked what the characteristics of fast hockey players are, what would you say?

Some coaches might say “edge work,” “deep knee bend,” or “balance on one skate.”

Interestingly, we have known what the skating characteristics of fast hockey players are since 1975. Former NHL coach Pierre Page did a research study for his master’s thesis at Dalhousie University to compare the differences in skating biomechanics between fast and slow hockey players. It is a brilliant study and has direct practical application to this day.

What the research says

Since Page’s research, many people have found similar results.

In the last 45 years, we have found that when comparing fast to slow hockey players, the fast skaters have the following characteristics:

For practical application, let’s look at how fast players skate. We will start with Mathew Barzal, winner of the NHL’s Fastest Skater Competition at the 2020 All Star Game:

Watch the video in slow-motion to get a clear idea of how Barzal moves his legs and arms. Pay attention to the movement of his skates/legs/arms at 9-11 second mark and the 15-16 second mark in the video.

The best skaters have these things in common . . .