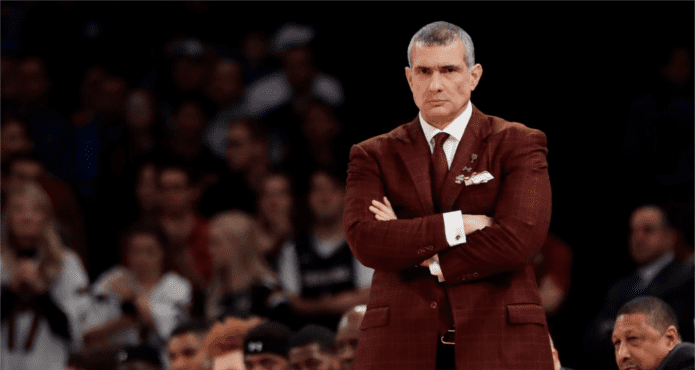 From the Miracle On Ice to the Miracle on Manchester, the best sports stories all revolve around improbability. No one knew Mike Eruzione had the strength to lift a nation into the archives of history, and no one believed for a moment that Wayne Gretzky’s Oilers would surrender 5 goals to the Los Angeles Kings to be eliminated from the Stanley Cup playoffs in 1982.

Oh, and 2006, Fernando Pisani, 14 goals, Edmonton Oilers, and then something happened in Game 7 against Carolina which for some reason has been blocked by my subconscious mind…

“It’s a Cinderella story almost too good to be true: a program hardly known for basketball success, with not a single March Madness appearance in 13 years and no tournament wins in 44, South Carolina now stands just two wins away from a national championship.”

One of my favourite team slogans is why not us? It’s usually reserved for the underdog, a rallying cry to fling self-doubt in the faces of the haters and find belief beyond measure within the hearts and minds of those who truly matter: the players.

You see, 30 years ago Frank Martin was thrust into a coaching role for a JV basketball team because the regular coach slept through an alarm clock.

Think about that – as hockey coaches in western Canada, most of us probably still have the dream where we forget our skates; that’s how entrenched we are in the culture of hockey. How many of us sleep terribly when we know we have to wake up early for hockey the next day?

After he took over, coach Martin’s teams started winning. Miami Senior High School had an undefeated season two years after the no-show. Moving on to the senior level, Coach Martin was part of eight state championships. His success eventually led to a head coaching position at Northeastern University.

All because of unreliable 1980’s alarm clock technology.

You might be wondering how on Earth this is a cinderella story. After all, he was gifted a coaching position. And yes, sure he was – in high school. But it’s not as though Martin’s path was always as fortuitous.

His grandmother was forced out of her native Cuba, didn’t speak a word of english and sewed all day to support their family. Martin’s father left his mother, forcing Martin to get a job at 12 years old.

But the family never made excuses.

“She gave me the courage to try and do this for a living. Every time I’m in a difficult moment and I got to make a choice and do right or do wrong — I made her cry one time when I was a teenager because I made the wrong choice. I’m never making her cry again for making the wrong choice.”

In last month’s final four Martin’s South Carolina Gamecocks fell to another rags to riches story from Gonzaga University. Some might consider it a premature ending to Martin’s cinderella story, but for his mother and his grandmother, there’s no time for the family to dwell and what could have been.

It’s time to get back to work.