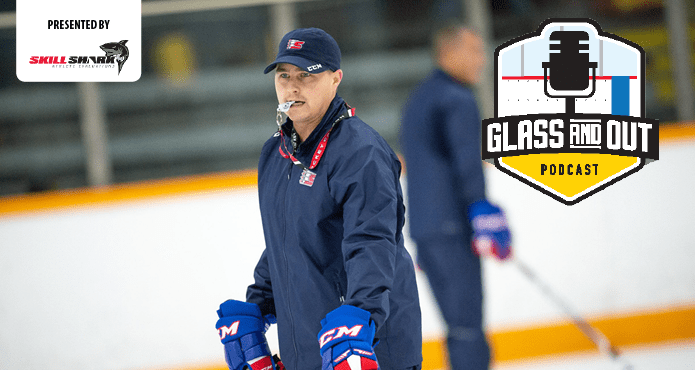 This week’s podcast is sponsored by SkillShark.

The career of a hockey coach is often a long journey filled with many stops along the way. Success and prominent jobs usually take years of grinding and patience.

At the age of 34, Adam Maglio is in the process of preparing for his first season as the head coach of the Spokane Chiefs — making him the youngest current head coach in the WHL. This comes after just one season as an assistant on Manny Veiveros’ staff, which saw the Chiefs finish with a 41-18-4-1 record, including wins in each of their final 10 games, before the season was cut short due to the COVID-19 pandemic.

Maglio’s quick rise up the coaching ladder speaks to his ability to sell his vision through good communication and attention to detail.

A native of Nelson, BC, Maglio’s unique coaching journey began in Hong Kong of all places. After graduating from a playing career at the University of British Columbia, he travelled east to run a hockey academy for kids between the ages of 5-15, while also playing in the local semi-professional league. During that time, he learned the different aspects of coaching and running a hockey program in a foreign country, something that has definitely paid off early in his career.

After a few years in Hong Kong, Maglio returned to UBC as an assistant coach. He would then join the BCHL’s Prince George Spruce Kings. After two seasons as an assistant, he was named head coach and would lead the Spruce Kings to a BCHL Championship in 2019, along with a birth in the gold medal game of the Centennial Cup, the Canadian Jr A championship.

In this week’s podcast, we’ll hear about Maglio’s time coaching in Hong Kong, how communication and attention to detail have helped him to his position with Spokane, and how he’s preparing to lead his team during a the uncertainty of a pandemic.

"This partnership is a perfect fit for our member programs."