Sprint Based Hockey: the Cutting Edge for Hockey Coaches 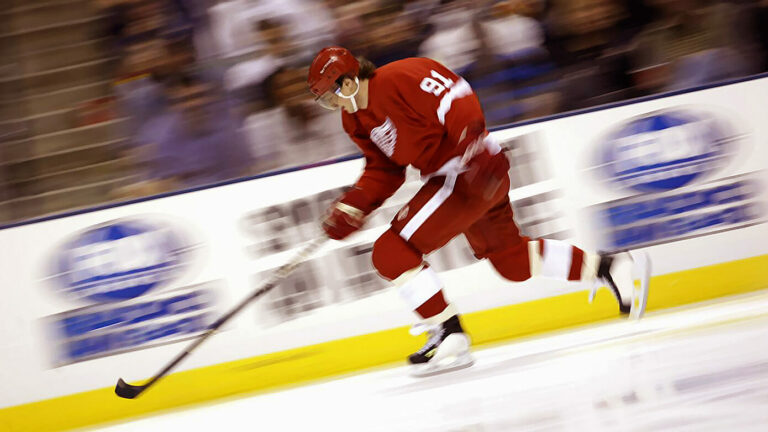 Sprint Based Hockey will be demonstrated as a system that gives coaches what they want but do not know how to develop - faster players.
5
(10)

It’s Tuesday evening, practice is almost over. Looking over the practice sheet quickly, Coach nods in approval at the grueling, sweat pouring, hard working drills performed tonight. Only one piece is missing. Coach blows the whistle and shouts “on the line.” A classic. The bag skate begins.

It’s now Friday evening, in the locker room after a 5-2 loss. Coach cannot believe how slow the team was and how out of shape they looked. More bag skating on Tuesday. May not even have pucks for the last half.

And so the cycle begins.

Hockey coaches want fast players who can repeat high speeds throughout every shift. The problem is, most coaches do not know how to make players fast. They rely more on what they did versus modern science and human physiology. They never cultivate speed properly and simply exhaust players during practice.

Sprint Based Hockey is a system that slightly modifies classic practice layouts to prioritize fast and fresh over slow and tired. It is best utilized by an organization that emphasizes short shifts and high intensity speeds during games.

In order to get fast, players must skate fast. This is achieved through organizations viewing speed as a skill, having that awareness throughout a practice, and not over conditioning players at the end of practices.

Track coaches, whose jobs rely on getting athletes fast, have known about this for years. You cannot have an athlete run 17 mph (27 km/h) all week at practice and expect them to sprint 22 mph (35 km/h) at a competition. In the same way, you wouldn’t train for the 100m dash by practicing triathlons.

Despite this, hockey coaches around the world, at all levels, train their players to be slow during practice but expect them to be fast during games. Or maybe they have a well planned practice, but never give players time to sprint as fast as possible with complete rest before the next sprint. Rest? I know. Blasphemy.

Now, speed is not the only factor in winning hockey games, but it is foolish for coaches to not address it, or worse, stunt it. The game has changed. Big plays come from speed to blow past defenders or to create time and space for a scoring opportunity. Throughout this article, Sprint Based Hockey will be demonstrated as a system that gives coaches what they want but do not know how to develop – faster players.

Sprint Based Hockey will be demonstrated as a system that gives coaches what they want but do not know how to develop - faster players . . .