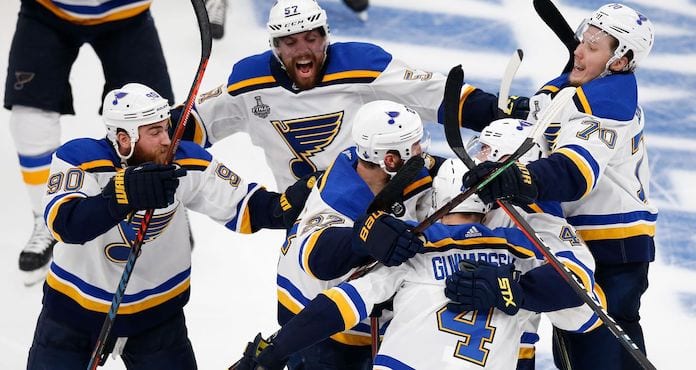 First of all, let’s not expect every team in western hemisphere to start playing a style similar to that of our Stanley Cup champion St. Louis Blues. We are a copycat sport, and yes what the Blues did from February on was nothing short of spectacular. But to assume every team could play the rugged style that made them so successful would be foolish. The Blues played a style that suited their roster, coach and fan base.

That being said, the Blues did some things that made them successful, that I think every coach would like to see their players to embrace. The “buy in” from the entire Blue’s roster allowed them to play a fast and abrasive game that eventually wore down 4 very good teams in Winnipeg, Dallas, San Jose and Boston.

In this study, I chose to go back to game 2 of the final where I truly felt the series was won due to how the Blues imposed their will on the Bruins. I took four Blues players, Tyler Bozak, Vladimir Tarasenko, Carl Gunnarsson, Colton Parayko and charted how many times they touched the puck in the game offensively. Within those touches, I then broke down how long they actually had the puck on their stick within each touch. I chose these four players so that the study was not specific to players on the top pairing of D or top lines.