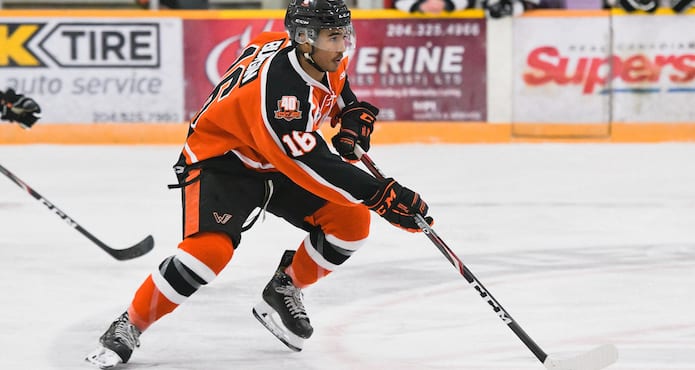 This was a playoff game too, so who’s responsible for all those entries? You know, besides the coach who didn’t yell at his players to dump the puck in for the first five months of the season.

Here’s some examples from my team, the Winkler Flyers of the Manitoba Junior Hockey League:

It’s a defenceman! The left D-man, #14 Nathan Poolman, is blessed with quick feet and a killer instinct. He’s the perfect example of a hockey player who moves his feet first and asks questions later. We do individual stats as well, and his normal partner, #6 Garret Szeremley’s stats are inverted. Poolman carries the puck into the zone, Szeremley passes it into the zone, as you can see from this clip.

Here are the zone-entry stats from a game a few weeks earlier:

You can see the same trend. Obviously the forwards are mixed into these stats as well, but it gave us a clear picture of what our attack looks like, particularly the fact that our forecheck needed work.

But that’s up to the forwards (mostly). This is about your defence and how they can impact your attack.

There’s a few reasons why it’s powerful to have defence who can skate and transport the puck over the blue line:

The clip above is a goal resulting after a weak-side D breakout. You can see that when #16 Drake Burgin enters the zone, the backchecking forwards are confused about who to pick up. Their gap isn’t great because of the breakout, so when #26 Ian Tookenay turns on the jets and goes to the net with his stick on the ice, he’s tough to stop.

Here’s the same basic play from a few months earlier:

The defenders actually run into each other because they don’t know who to cover. Bonus: watch our guy skate to the net to pick up the puck. First junior goal alert for #17 Cameron Critch.

And what if they don’t want the greedy forwards to get all the glory? Here’s another Poolman entry, this time from the middle of the ice — Szeremley passed the puck to him in the D-zone before the clip started — if you have your audio on, you can hear the Steinbach commentator talk about Poolman’s surprise about all the space he had to skate.

Good net drive from the forwards, they finally did something right.

Let's see what we can learn about the trends.

This drill focuses on attacking the high and low seams under token pressure.

Troy Ward’s Mailbag: How to choose a forechecking system 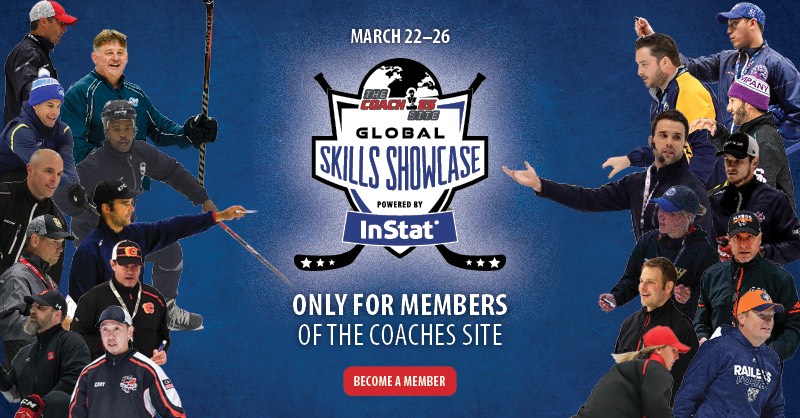