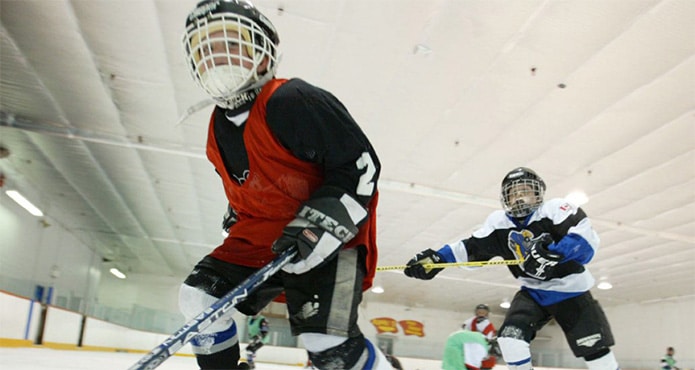 View all posts
"Everything evolves and changes and we have to be open and receptive to it if we want to prepare kids to play at the next level."
5
(3)

It doesn’t take long for Jamie Rice to point to a shining example of how positionless hockey has grabbed a foothold in the sport.

The veteran Babson College head coach and three-time ECAC East coach of the year just harkens back a few months to the 2021 Stanley Cup Final between Tampa Bay and Montreal.

“Victor Hedman might’ve had more breakaways than Brayden Point,” Rice recalled in a recent chat with The Coaches Site.

The Norris Trophy-winning defenseman getting up in the play or leading the rush and getting a better scoring chance than his high-scoring teammate, on the biggest stage at the sport’s highest level, is the pinnacle of worldwide skill development. It can be difficult sometimes to decipher which position players are playing during an NHL game because of the speed of the game and, most of all, because of the skill of the players.

At the youth hockey level, players need to improve their instincts as much as their skills. What players learn in terms of decision-making will help them as much as shooting and passing drills to make them contributing members of their teams throughout their careers.

One way to enhance a player’s ability to read and stay involved in the play, and gain creativity as well as hockey sense, is positionless hockey. It’s a theory Rice has subscribed to throughout his decade-plus at Babson.

"Everything evolves and changes and we have to be open and receptive to it if we want to prepare kids to play at the next level . . .