We’ve received a ton of great feedback this month with our defensemen theme. The great thing about coaching defensemen is the fact we’re right on the edge of a revolution. The D is involved more than ever before in the offense, and never before have they been encouraged to be so creative in their own zone.

Friend of the Coaches Site, and personal friend of mine Sven Butenschon knows this, because he played in the past era. For Sven, and for coaches everywhere, it’s still about defending. If you can’t defend, then you’ll never get to do the fun stuff with the puck.

1. How Strong Everyone Is

When Sven Butenschon did his tour of duty with the New York Islanders, Pittsburgh Penguins, Edmonton Oilers, and a whole bunch of farm teams, the first thing he remembers about being a defenseman was dealing with the strength and raw power of the players he had to battle in the corners in his own zone.

It’s easy to keep the play far in front of you when you’re a d-man, but it takes confidence and courage to consistently stay tight to the play, keep your gap tight, and prevent rushes from getting too close to your net.

As a defenseman, sometimes you’re playing against the world’s best forwards, and you’re going to get beat.

They get paid to score goals. That’s their job. You’re going to be on the wrong end of that equation eventually. So you need to get back to the bench and put it behind you so you can come back and play the next shift. A short memory is important, no matter what level you’re playing or coaching. 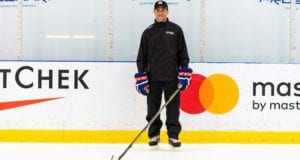 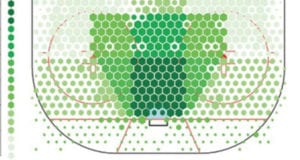 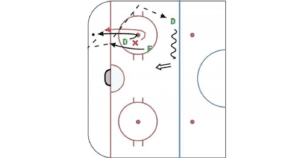 Drill of the Week: Jets 3 to the Puck Breakout & Net Front Battle 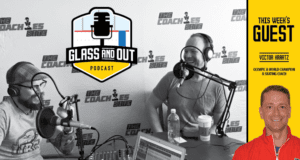 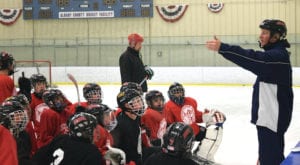 Aguilar: 5 Coaching Tips to Build Trust With Your Players