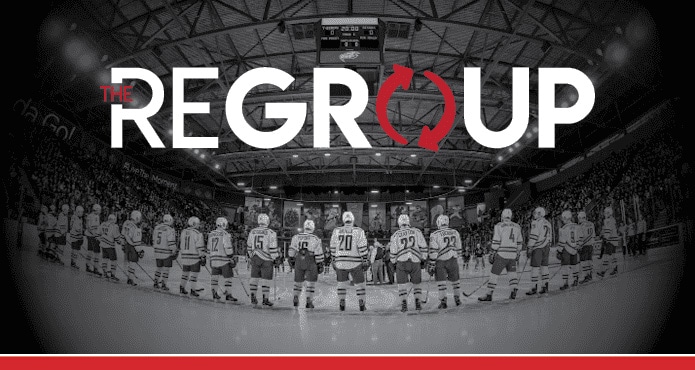 View all posts
A look at some of the best content out there, round up by The Coaches Site founder Aaron Wilbur.
0
(0)

The game is supposed to be fun.

We were reminded of that this past weekend in Las Vegas at the NHL All-Star Game. The league and players put on a show and ensured fans of all ages were entertained. And while All-Star games, regardless of the sport, rarely deliver, putting the skill level of the game’s best players under a microscope is good for business.

And what is especially good for hockey’s business is young players draining their creative juices in imagining what plays or moves they could execute on the ice and coaches empowering young players to use their imagination without fear of making mistakes.

Players today are just so damned talented and I sense the best is yet to come (did you see Connor Bedard’s goal from the weekend!!!). Let’s ensure we harness their talent and stay out of the way when they’re figuring out how to use it.

Enjoy this edition of The Regroup.

“I’ve always been a unicorn. I’m a black individual in hockey. So why not continue to be a unicorn. Suit it and boot it. Show up. Show out. Like honestly I’m here to change the narrative.” – Duante’ Abercrombie

I get that the NHL has been under some scrutiny when it comes to inclusivity and treatment of black players. There is still a lot of progress to be made in making our game more diverse and accepting of non-white athletes, coaches and executives.

But when progress is made we need to celebrate it.

The Arizona Coyotes, through their coaching internship plan, invited Duante’ Abercrombie and Nathaniel Brooks, both of whom are black, to participate in their development camp back in September.

Both Duante’, who is an Assistant Coach with Stevenson University, and Nathaniel, who is the Associate Coach at Ryerson University, have earned this opportunity and are still in the early stages of their coaching careers.

The NHL has produced a four-part series documenting their experience and you can check out episode 1 HERE. 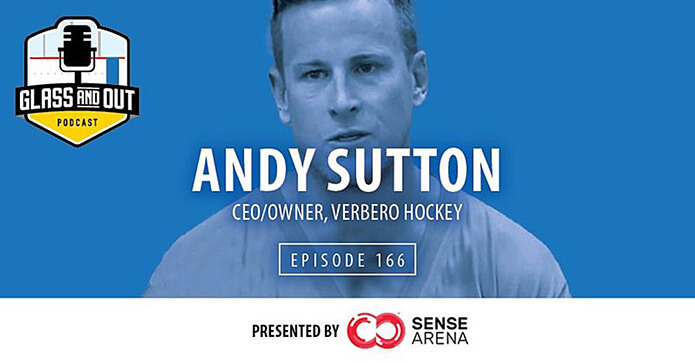 “I can remember Jaques (Lemaire) doing video and he would pause and he would say ‘Marian (Gaborik), right here, you are always in a big hurry. Right now is the time you stop here and you have your cup of coffee, relax, save your energy.’ And he had such a nice way of delivering stuff like that with humour.” – Andy Sutton

From March 7 to 11, we’re proud to be partnering with Andy Sutton and his company Verbero, in showcasing 10 of the top skills coaches in hockey at our Global Skills Showcase.

Andy had a remarkable NHL career where he had to rely on his work ethic and adaptability to stick in the league. Those traits have since transferred to his post playing career as he has disrupted the hockey equipment and apparel industry with Verbero.

I had a lot of fun looking back on his career achievements, along with the origin of Verbero during this episode of the Glass & Out podcast. 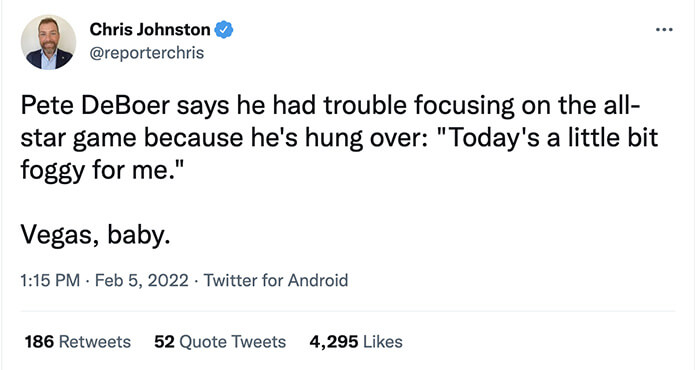 “We got off to a little bit of a slow start, but that was probably due to late night Vegas activities.” – Pete Deboer

Apparently the players and coaches invited to participate in the NHL All-Star Game this past weekend couldn’t resist the Las Vegas strip.

WE’RE GOING TO FIND A WAY

“He’s (Jeremy Colliton) just an organized guy that knows exactly what he wants. He’s detail orientated. He’s somebody that’s decisive in how he explains things, which I think is so important. He knows what he wants his players to do.” – Shane Doan

Coaching the Canadian Men’s National Team at the Olympics was supposed to be a stepping stone for Head Coach Claude Julien to return to the NHL.

But then Claude was injured in a fall during practice and couldn’t travel to Beijing.

In stepped Assistant Coach Jeremy Colliton. Colliton of course was let go by the Chicago Blackhawks earlier this season. Now it’s potentially a stepping stone for him to make his return to the NHL.

At only 37 years of age, Colliton has a long career ahead of him and a successful showing by Team Canada will go a long way in showcasing his abilities to any teams who have a coaching vacancy to fill this off-season. 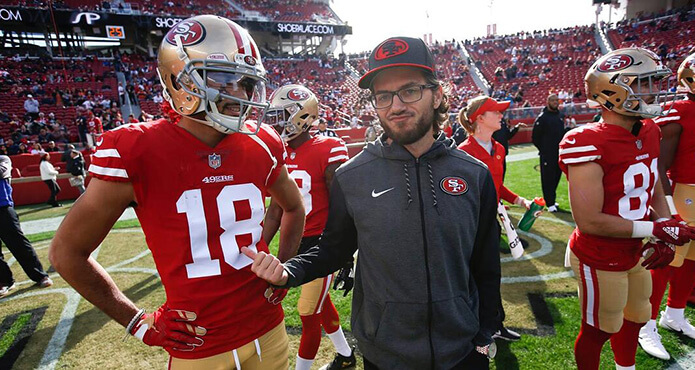 “I’m excited to be here. Equally excited for you guys to truly take in how physically imposing I am.” – Mike McDaniels

Mike McDaniels was just named the Head Coach of the Miami Dolphins.

However the results speak for themselves. Mike McDaniels is a good football coach.

The now former Offensive Coordinator of the San Francisco 49ers and Yale graduate also has a gift for press conferences. 😂😂

5 THINGS THAT DREW DOUGHTY DOES TO BE AN ELITE DEFENCEMAN

Let’s get one thing straight. Drew Doughty is a world class player. Defencemen like him don’t grow on trees.

However, as TCS contributor Enio Sacilotto points out, the habits that make Doughty elite are accessible to every defenceman. For a more thorough explanation and video evidence, click HERE. 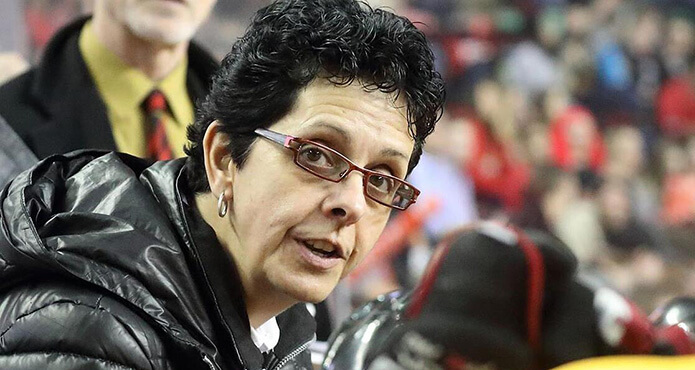 Shortly after retiring from playing, Danielle Goyette got into coaching. Last Thursday and Friday, she was summoned back behind the bench, this time with the Newfoundland Growlers of the ECHL.

Goyette, who is the Director of Player Development for the Toronto Maple Leafs, was called into action because Growlers Head Coach Eric Wellwood tested positive for COVID-19. She became the first female bench coach in ECHL history and added to her lengthy list of accomplishments.

THE BEST OF WHICH YOU’RE CAPABLE 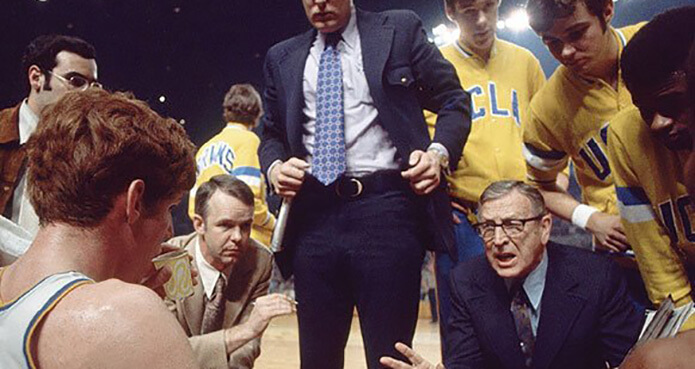 Genius can be found in people who can take complex tasks and explain them in a way that is simple and easy to follow. This is a trait consistent amongst great coaches. There is no doubt that John Wooden was a great coach. Based on this Ted Talk he did back in 2001, it wouldn’t be a stretch to label him a genius as well.

Every coach, at least in my opinion, should have to revisit this talk prior to each season. It’s so simple (there’s that word again) and provides a blueprint for success in leading any team or organization. 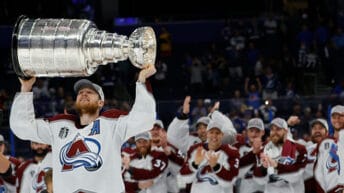 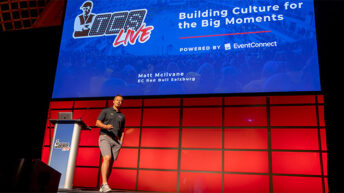 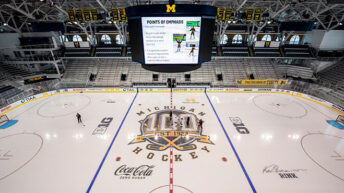