Tips on how to lead your team during the pandemic 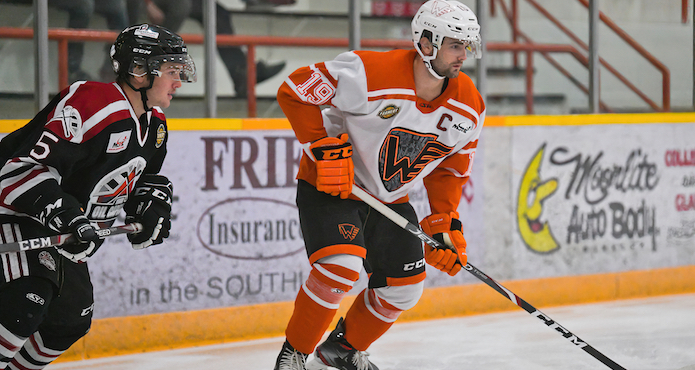 First thing: worry about what you can control.
0
(0)

A couple months ago I was standing at centre ice watching six groups of five minor hockey players rotate clockwise around me — just as I’d seen dozens of times over the years running hockey schools everywhere from Port Alberni to Brantford and points in between.

Some of the kids turned left when they were supposed to turn right, like they always do. Some spent the first half of their station with the wrong group. And like every year, a couple of the younger instructors had to be reminded about what to do at their station.

There was one major difference this time around, however: no parents in the stands.

Our camp opened up in the middle of August in compliance with our local and provincial health and safety guidelines. Everything you’re tired of hearing about, we adhered to it and then some.

My approach was to go overboard. It seems like a lifetime ago already, but we were one of the first hockey schools I knew of that was going to open. Hockey was back, but it wouldn’t be for long if I f%*^ed this up. Caution. Overkill on restrictions. I had a nervous organization that was anticipating the return of junior hockey in small-town Manitoba, and there was no way in hell I was going to risk any of it if I could help it.

So I controlled the controllable. No parents. The kids were dropped off, screened carefully, separated into every dressing room in the arena, and my instructors and I tied a hundred pairs of skates in a two week span. And there was push-back. Parents wanted to watch their kids step on the ice for the first time since March. Who could blame them? Wait, did I say push-back? I mean PUSH-BACK.

But this was something I could control. Keeping the parents out made us all a little more comfortable (fewer people to screen, less chance of transmission, less humans to deal with) and it was worth it based on that alone. And it’s not as simple as just pointing to a rulebook. At that point spectators were technically allowed. Despite all the knowledge developed and published by our provincial government and reputable health authorities, there’s still a layer of grey area in all this that’s wider than the flat part of Manitoba.

Like many of you, I didn’t plan on leading an organization through a global pandemic when I set my sights on coaching hockey for a living. I did, however, sign up to be a leader during tough times. A three-game losing streak and an anemic power play? Sure. A crippling hit to team sponsorship because of an incurable contagious virus a large section of the population refuses to take seriously, forcing you to roll out of the wrapper each morning with a relentless voice in the pit of your stomach telling you the rink will be a smouldering pile of rubble when you arrive? No, can’t say I remember that being part of the interview process.

“Good answer. And letting goals get scored against you?”

“Now imagine the external stress on our storied franchise when faced with a world-wide pandemic the likes of which our planet hasn’t experienced since the Spanish Flu one hundred years ago?”

I’ll admit that for the first few weeks of training camp and the start of the MJHL’s regular season, I tried to hide the stress. There are legendary coaches in our league, people like Blake Spiller and Paul Dyck, perennial RBC participants, provincial champions — surely they’re bouncing into the office each day with a smile on their face like the world isn’t burning just outside their door, right? So I was relieved when I had to ask Paul a question about protocols for an exhibition game, and I made a dumb joke (one of my signature moves) about painting a picture with my left hand whilst blindfolded and while holding an anvil in the other and standing on one foot blindfolded.

Paul’s response? “While riding a horse?”

We’re all in the same boat. Coaches, you are tasked with leading by example, and never has there been a more important moment to demonstrate mental toughness, composure, and insight.

A daily barrage of questions

The daily routine, while it looks different, isn’t that different.

As long as everyone follows the rules, a semblance of normal junior hockey life can continue. The toughest part of it, from my perspective, is the onslaught of questions to which I simply don’t have the answers.

First thing: worry about what you can control . . .