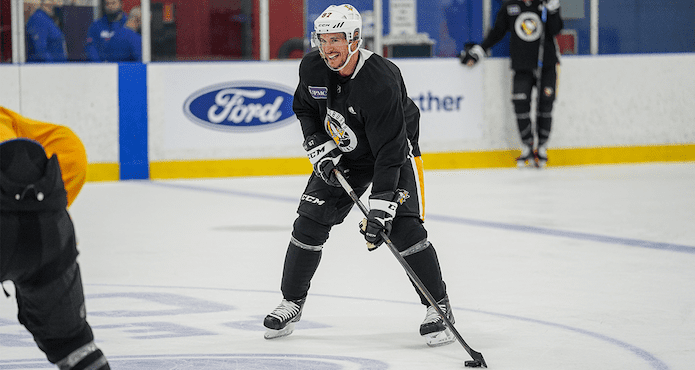 Did you know that roughly 90% of the world population is right-handed while only 10% is left-handed? And did you know that the NHL breaks down to be about 60%-65% left-shots and about 35%-40% right-shots?

Hockey players have two contact points with the stick — their top hand and their bottom hand. Both perform different functions for stick skills and shooting. The top hand provides range, control, reach, and some non-obvious power. While the bottom hand provides stability and power.

Another key element is for shooting. Powerful shooting involves yanking the top hand back. The top hand creates the most important part of the lever, the farthest point. (For the science nerds out there…Work is the force times the distance, W = Fd).

This is why taller players have historically dominated the hardest shot competition in professional hockey.