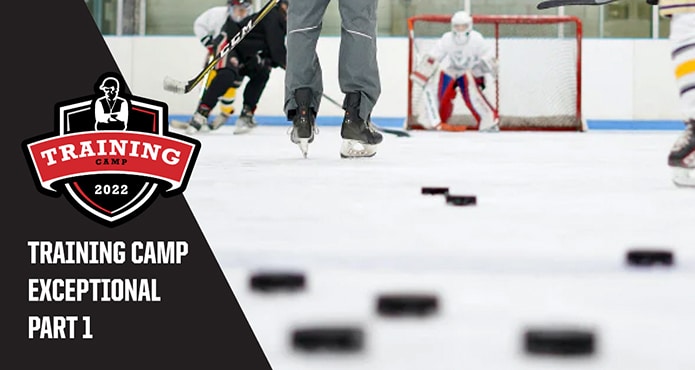 It’s almost September, meaning we’re very close to the sight of steam rising off the ice as the zamboni finishes its final lap and the sound of rambunctious players anxiously waiting to hit the ice. Farewell summer, hello hockey season!

As a previous head scout of mine used to repeat during multiple arguments about a prospective player’s chances of cracking the roster: “I’m just ready to watch hockey.” Amen to that.

This is the first in a series of six articles designed to help you run the most effective training camp possible. I’m going to avoid pandemic talk because this will be a series we can return to every summer, but I’d be irresponsible if I didn’t share some of the lessons I learned running a junior A spring camp during the height of the pandemic’s third wave. It became known as the Logistics Olympics. I’m proud of the work we did to pull it off, and the reaction from players and their parents afterwards means the time I spent arranging the details was worth it. I learned a lot and want to share lessons that can be applied to your camp.

Contributors: I asked a range of coaches for their insights into each of the six sections.

Ready? Here we go. Fail to plan, plan to fail.

How you do one thing is how you do everything, so let's get off on the right foot . . .