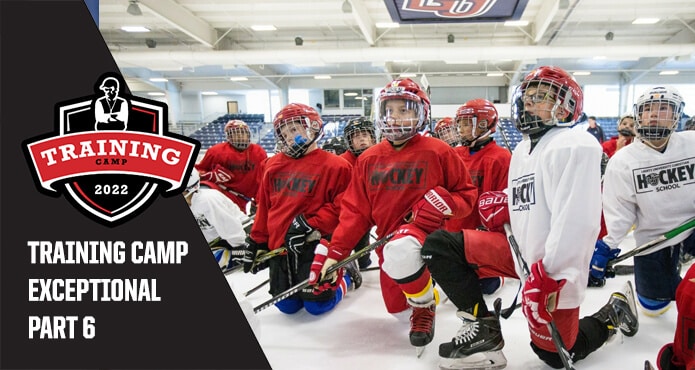 Let's talk about that sweet spot between the end of training camp and the start of your regular season. It's bonding time.
5
(4)

Let’s talk about that sweet spot between the end of training camp and the start of your regular season, that special time when optimism mingles with ambition because no one in the league has lost a game yet. Your roster is manageable, you can begin forging real relationships with new players and building on relationships with returning players.

For me, this is the time when the word rookie is retired for the season. Prior to training camp there’s a rookie camp, and that’s fine – rookie camp is focused on prospects competing with their peers and the chance to participate in main camp. But once that’s over, there are no more rookies, only first-year players and returning players. Everyone will be a unique and important contributor on the journey to come.

This is one of the most exciting times of the year, and if you navigate it right and create an indestructible foundation through team building, then every player, trainer, coach, and staff member will have a base of strong culture to which they can return to when the journey inevitably gets bumpy.

This is the final post in a six part series called Training Camp Exceptional. Here’s the criteria we used:

The culture of your team is like a compass. When its hands are pointed in the right direction, you’re on course and you’re making good time, learning and developing at an efficient pace. Everyone marches in a straight line, even though perspectives along the way are unique to the individual experiencing them.

If the line is tight, the leadership is strong, and everyone believes in the direction of the compass, you’ll get to where you’re going eventually.

“Even when players are moving on, everyone knows everyone else. It can be a tough transition. So once the final intersquad game is finished, I make sure there’s time that night and the next day to say goodbyes and get plans in place. After that we can exhale and get excited as we head into the first meeting with the team. It’s exciting, this will be the team that’s going to start the season together. We’ll talk about expectations and the season plan moving forward, and follow that with a team building event which could be a golf outing, a BBQ, or something fun that lets the team get to know each other.”

If training camp is like Christmas, then team building opportunities are like New Years. As Scott says, it’s a chance to collectively exhale, players and staff alike, and start nailing up the scaffolding of the foundation.

Let's talk about that sweet spot between the end of training camp and the start of your regular season. It's bonding time . . .