Troy G. Ward is a respected leader in many hockey circles. A former NHL coach, his experience in coaching and managing pro and non-pro hockey encompasses all levels, from Youth up through High School, Junior A, Collegiate, Minor Pro, and Major Juniors. Hockey has been core to this Minnesota native’s life, and he’ll continue giving back to the game that has earned its place as one of America’s favorite participant and spectator sports.

View all posts
An hour-long conversation with the reigning Jack Adams Award winner.
0
(0)

We’re excited to announce the launch of a new series at The Coaches Site titled Troy Ward’s Mailbag from the Pond at Deer Lake. Each episode will feature longtime coach Troy Ward answering your coaching related questions, from his off-season home located on the shores of Deer Lake, Wisconsin.

Episodes will be available exclusively to The Coaches Site members.

Ward has over 30 years of coaching experience at just about every level of hockey. From getting his career started with NCAA Div. III University of Wisconsin-Eau Claire, to his time as an assistant with the Pittsburgh Penguins, to his recent two year stint in Europe as the head coach of EHC Linz, he’s encountered just about every coaching situation and challenge imaginable.

Every other week, Troy will answer your questions on topics such as the tactical side of the game, systems, communication, leadership, drills, and anything else coaching related.

You can submit your questions via email to [email protected]. The emails go directly to Troy and he’ll select which questions he answers each episode.

Troy is a friend of The Coaches Site and has presented at our TeamSnap Hockey Coaches Conference and previously appeared on the Glass and Out Podcast. We couldn’t be happier to have him join us and share his wealth of knowledge with coaches of every level.

As a bonus, in some episodes, he’ll invite a friend from the coaching community to share their wisdom and perspective. In this debut episode, he’s joined by friend and reigning Jack Adams Award winner, Bruce Cassidy, as he sits down with Troy to discuss his coaching journey and answer some of your questions.

We hope you enjoy the debut, and don’t forget to submit your questions for future episodes!

Watch the full 62-minute video with a membership to The Coaches Site. 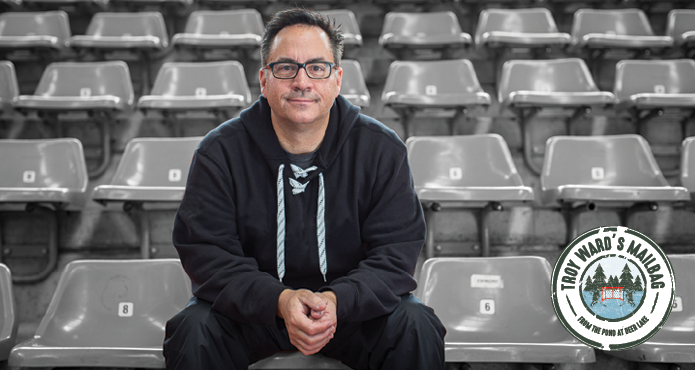 Troy Ward’s Mailbag: How to make a proper line change