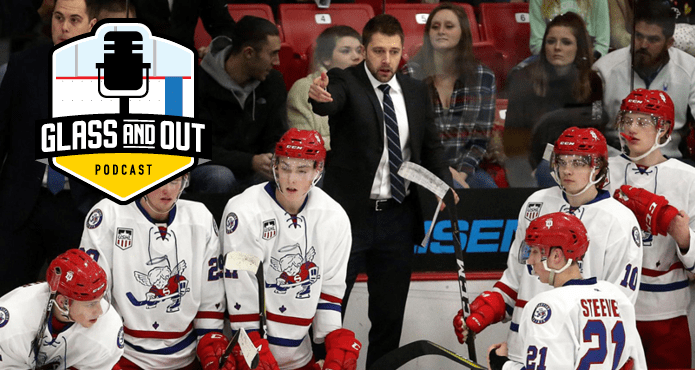 There’s no playbook for the current pandemic that we are all currently facing. As we continue to work our way through unchartered territory, we hope you and your loved ones are staying safe during this difficult time.

We’re all in this together.

Like many coaches all around the world, Oliver David’s season came to a disappointing end in early March. In the midst of his third season with the USHL’s Dubuque Fighting Saints, David’s team sat second overall in the league with a record of 33-13-2 and looked primed to make a run at the Clark Cup.

That will have to wait for another season.

David’s first head coaching gig came with the NAHL’s Kenai River Brown Bears, where he spent four seasons. He would then join Dubuque as an assistant for three seasons. After a brief stop as Mike Johnston’s assistant coach with the WHL’s Portland Winterhawks, David would make his way back to Dubuque and take over the reigns as bench boss.

How has David been dealing with the aftermath of a cancelled season and what does he see in the future for the Fighting Saints in this current time of uncertainty? Find out in this week’s edition of the Glass and Out podcast!