Use these 3 Small Area Games to Teach Transition Skills 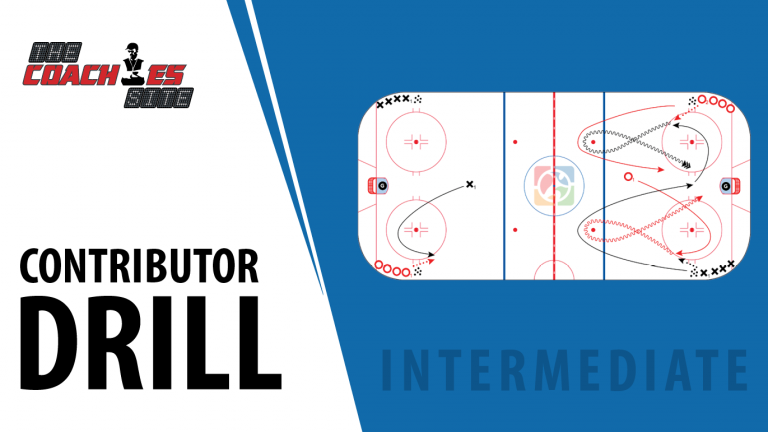 Hockey is a game of constant transition.
0
(0)

Hockey is a game of constant transition.

When you lose possession of the puck, the mindset has to immediately switch to defence. Similarly, when you regain puck possession the mindset must quickly switch to offence. No matter where your team is on the ice, you must have the skills and a plan for transition when you gain or lose control of the puck.

With transitional play occurring or at least having the potential to occur at any point in the game, there needs to be high practice repetition to best prepare for this. After all, when pressure mounts and chaos inevitably surfaces, players will always fall back on the habits they’ve practiced the most.

Individual skills are needed to train the fundamental components of transition, such as passing, receiving, angling, and puck control. These foundational skills should be revisited throughout the season as they will always contribute to effective transition.

Full ice transition drills contribute to the development of team pace, timing, identity, and systems. Small Area Games are also an effective way to practice both offensive and defensive transition with your team. These games include the skills necessary for effective transition as well as the pace, timing and identity components found in full ice drills. Perhaps the most valuable aspect of small area games is the fluidity and unpredictability that occurs forcing players to work together and solve problems.

As we know, hockey is not a set of linear steps, it is fluid and the play is ever changing. Players need to be able to read, react and make decisions in real time in order for their teams to have success. Transition is fluid in small area games, players are always transitioning to offence or defence. This makes the use of small area games ideal when teaching your team transition skills and tactics.

Below are three transition based games that I have picked up from various coaches over the years and have provided a great way to teach transition to my players.

Hockey is a game of constant transition . . .

Behind Net Back Peddle