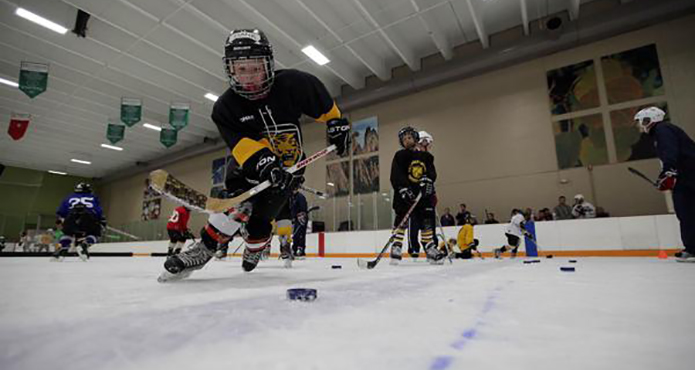 Limited ice to run your practice? Dan Arel has some tips for making the most of it.
5
(3)

I am not sure there is anything more valuable to a hockey team than ice time. And if you’re like most coaches out there, getting enough of it can be difficult. In San Diego, California, I coach at one of the state’s largest ice hockey programs that functions on a single sheet of ice. Unlike some of our neighboring cities who have multiple rinks under their ownership and even rinks with 3 or more sheets in one building, we run our program on one ice surface.

At our home rink, most teams get two hours of ice a week, on half-ice. That’s two one-hour practices a week. To some, you won’t even wince at that, for others, you can’t imagine running a practice like this. Yet, I have found that it works perfectly well and everything we need to teach our players can be done on this surface.

How do I run a successful and development-based practice on half-ice for an hour at a time?

Limited ice to run your practice? Dan Arel has some tips for making the most of it . . .

How to Create a Successful Youth Hockey Development Model (VIDEO)