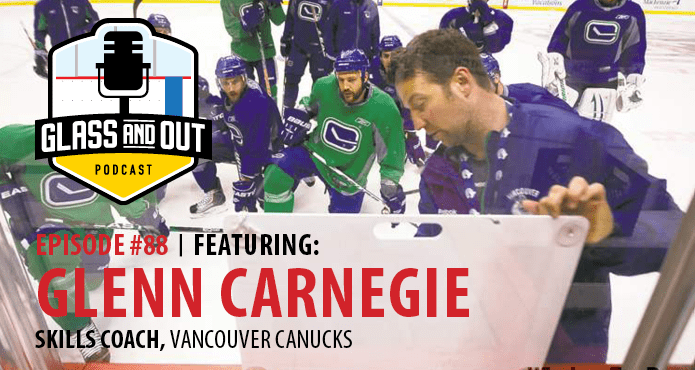 When people hear “skills coach,” toe-drags and saucer passes probably come to mind. But for longtime Vancouver Canucks skills coach Glenn Carnegie, that is just the tip of the iceberg.

Carnegie began his coaching career with his own training company in his hometown of Winnipeg, where his list of clients included Jonathan Toews and Travis Zajac. He would then move on to become the strength and conditioning coach of the Manitoba Moose before making the jump to the Canucks in 2009.

From the Sedin twins to Elias Pettersson and Brock Boeser, there hasn’t been a shortage of talent that Carnegie has had to privilege to work with. So how exactly do you help develop such elite players with so much skill already in their arsenal? Find out in this week’s episode of the Glass and Out Podcast!