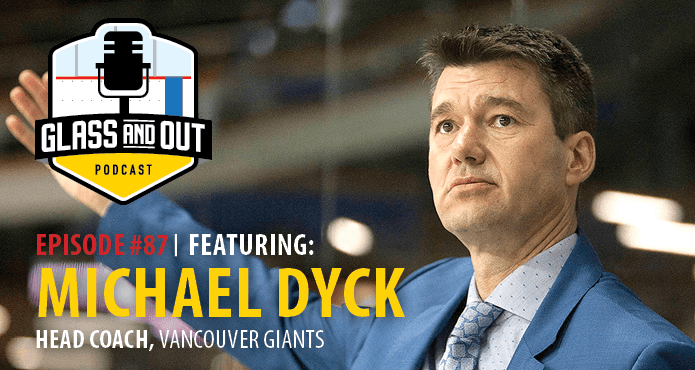 Any successful coach will tell you their path faced many obstacles and led them to places they didn’t expect to be. Vancouver Giants head coach Michael Dyck is no exception.

After 13 seasons in the WHL, which included an appearance in the league finals while the head coach of the Lethbridge Hurricanes in 2008, Dyck was found jobless one year later. Seen by many as a rising coaching star, he decided to step away from his coaching career and focus on his family.

Nine years later, Dyck would receive a second chance in the Dub with the Vancouver Giants. He made an instant impact, leading the Giants to within one win of the 2019 WHL championship. The 51-year-old now appears back on track to a future job in the pros.

So what did he learn from the nine-year WHL head coaching hiatus and how has he brought a winning culture back to the Giants? Find out in this week’s episode of the Glass & Out Podcast!