How the Golden Knights excel at effort, details, and playing fast (VIDEOS) 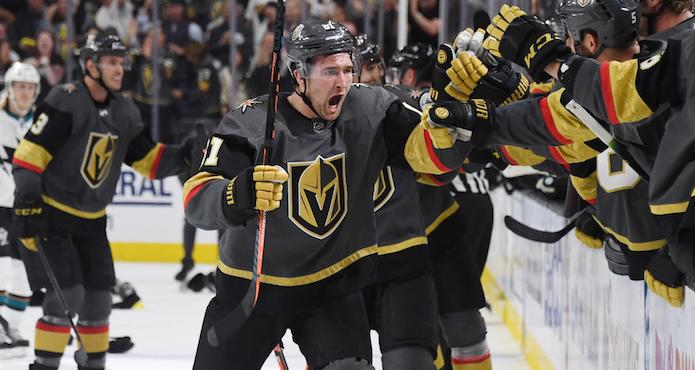 View all posts
Their forwards are relentless.
0
(0)

One of the advantages of having this time off is the ability to watch more NHL video. In the spirit of the new NHLCA mentorship webinar series, I figured I’d share some of what I find through my own viewing of NHL games in hopes that other coaches might jump on board and do the same.

The first team I’ve been looking at is the Vegas Golden Knights. A couple of things stand out from their two recent games in Alberta:

Here are three video examples of how they play.

The first showcases their details and the amount of pride with which they play. Their forwards are so relentless in their back-pressure and stick pressure. It enables their D to maintain tight gaps and create turnovers. They also create time on breakouts by subtly slowing down the opposition’s attacks/forechecks.

The second video highlights what this relentlessness enables them to do, which is play faster and transition from defence to offence in a dangerous way. Watch as their D get active from coverage, breakouts, and turnovers. This puts a lot of pressure on opposition forwards on their own DZ returns.

The final video shows how their weak side forward will often slash in support, which can double as a chip/indirect option and also drive back opposition D to create space underneath. They do this masterfully and also combine it with their active D to create a lot of offence off the rush and off of entries leading to sustained pressure.