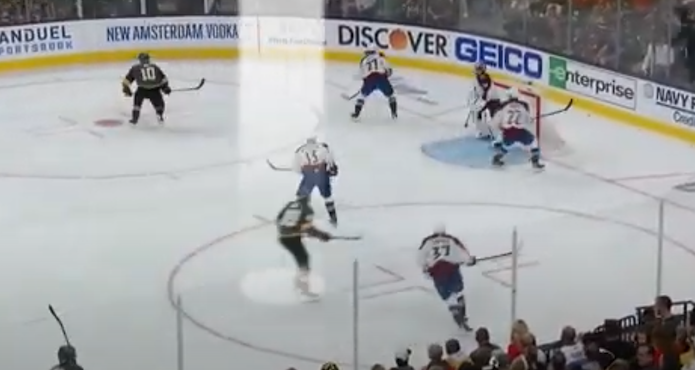 When it comes to a effective forecheck, pressure is the key, but details make the difference.

The NHL is a copycat league with regard to systems, style of play, etc. But for the four teams that are left in the Stanley Cup Playoffs, they all have different characteristics which make them successful within their own system.

The Vegas Golden Knights are a team that never gives up and always works hard. Let’s look at seven details of their forecheck and why their opponents struggle against it.

1. Three forwards in the corner

If you think you are going to cleanly win a 1v1 battle in the corner, good luck. Vegas always has an F2 close to retrieve the puck or to support the play. But in the case of the opponent jamming the puck in the corner, in the video below, we will see that the Golden Knights will send a third forward to help and win the battle.

The defensive team then has to make a decision either keep one player down in the corner or send a third player to make it a 3v3.

It is obvious to see that their game plan consists of F1 always playing the body on the forecheck — trying to separate the player from the puck so F2 can come and retrieve it. As a defenceman, having your face in the glass all the time is not fun and knowing that every time you go back for a puck, a Golden Knights player is going to finish their check… say hello to turnovers and giveaways.