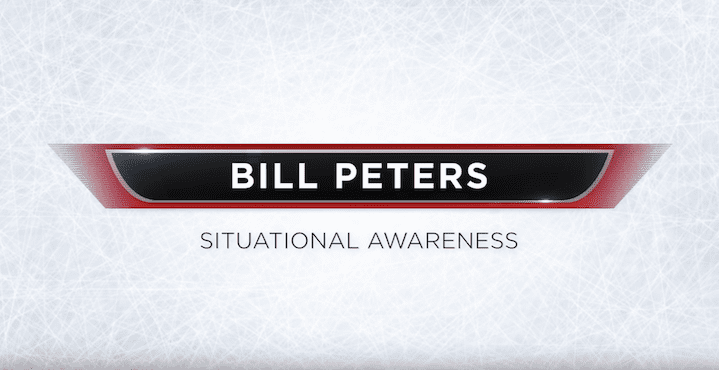 “There’s a guy on a national broadcast who talks about faceoffs being overrated.”

That’s then Carolina Hurricanes Head Coach Bill Peters speaking at the American Hockey Coaches Association AGM a couple years back. It’s a great way to kick off a presentation, because the audience can already get a sense for Peters’ confidence, passion, and intelligence. For Peters, faceoffs are an easy way to start the conversation about situational awareness. While he was in Carolina, Peters talked about how faceoffs were your team’s first 50/50 puck battle in every shift. As a coach, Peters says you can tell if your team is engaged emotionally by how they respond when the puck is dropped.

And from there? Seconds count in hockey. Bill’s presentation was a great opportunity to peak into the mind of an NHL Head Coach. What’s important to the Hurricanes? What is Peters going to preach in Calgary? How can I use that message with my own team?

Here’s a snippet of Bill’s talk from the AHCA Convention. Expect more of the same from this year’s Hockey Coaching Conference in Toronto on July 20th and 21st!