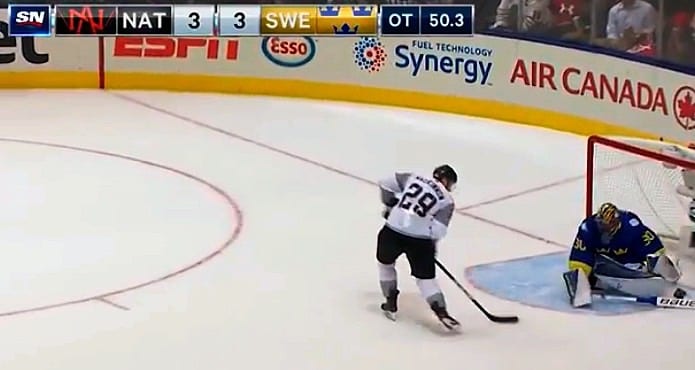 Watching the speed of the Stanley Cup final, in particular the pace at which the Vegas Golden Knights track down pucks, forecheck, backcheck, and generally process the game, it’s never been more obvious that playing fast is the name of the game. Every coach talks about it. Every coach has his or her own definition of what it means to play fast.

But in order to play fast as a team, you have to have players who think the game quickly.

That brings us to Jay Woodcroft and his role in building what he calls the fastest team ever assembled: the Under 23 Team North America addition to the World Cup of Hockey. As an assistant coach, Woodcroft, Tood McLellan and the rest of the Team North America coaching staff knew they’d be short on experience.

But they also knew they’d have speed to burn. Check out the snippet below from Coach Woodcroft’s talk at the AHCA Convention in Naples, Florida last month to learn how Team North America was built or watch the full premium video with a TCS Membership.