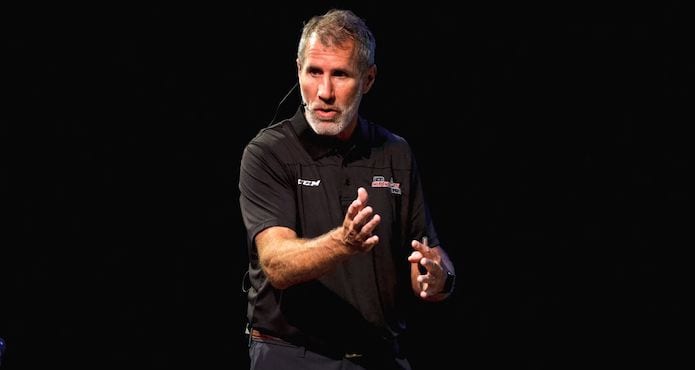 The San Jose Sharks have been a regular season powerhouse since Joe Thornton first started growing a beard following his trade from the Boston Bruins. Year after year, the Sharks are a contender. That simply doesn’t happen in the long-term of the NHL if an organization isn’t able to adapt with the natural progression of the game. And nothing is bigger these days when it comes to measuring performance than advanced analytics.

I’m a big proponent of analytics. It buys you a lot of credence with the players when you show them the facts.”

For Assistant Coach Dave Barr, the numbers don’t lie. The numbers support what they see on the ice, or they can contradict what their instincts are telling them, but that’s when it’s up to the coaches to figure out why there’s a discrepancy.

In San Jose we track offensive rushes for and offensive rushes against. Tracking and back-checking influences rushes. Vegas creates most of their chances by turning pucks over. That data is tracked by analytics. Odd-man rushes created by turnovers in the neutral zone is just another example of how specific you can get with analytics.”

In last year’s playoff series loss to the Vegas Golden Knights, there was a specific stat that was high in games they lost. To find out which one, watch the trailer below or watch Dave’s entire premium video with a TCS membership.