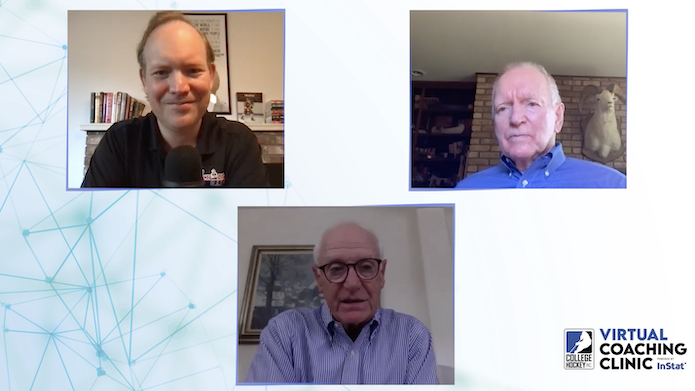 All good things come to an end. Such is the case with the College Hockey Inc. Virtual Coaches Clinic.
0
(0)

Thank you for following the College Hockey Inc. Virtual Coaches Clinic, presented by InStat. We hope you enjoyed it.

Friday was the final day of presentations and the week ended with a legendary bang as famed NCAA coaches Jack Parker & Red Berenson took centre stage. It is said that proper preparation prevents poor performance and Joe Shawhan reinforced that in his talk about establishing daily habits that lead to successful individuals and teams during the second presentation. The day ended with a special podcast recording from On the Bus, hosted by Olympic medalists Cammi Granato & AJ Mleczko, aka two trailblazing women sharing inspiring stories of those in the sports world & beyond.

If you missed out on the event, all presentations will be available on-demand till November 7th for members of The Coaches Site.

For a limited time, become a member for just $99 CDN and get access to all the Virtual Coaches Clinic presentations, plus all the other exceptional content available.

LEGENDS OF THE GAME: A CONVERSATION WITH JACK PARKER AND RED BERENSON

Jack Parker’s resume speaks for itself: he served as the head coach at Boston University for 40 seasons and posted an overall record of 897-472-115. Meanwhile, you can’t think of University of Michigan hockey and not think of  Red Berenson, the now retired head coach who spent 33 seasons behind the bench at Michigan, leading the Wolverines to 23 NCAA tournaments and a pair of National Championships. These phenomenal coaches sat down with Aaron Wilbur, founder of The Coaches Site, to share the lessons they learned throughout their careers, along with how relationships shape the college hockey experience.

ESTABLISHING STANDARDS AND DAILY HABITS WITHIN YOUR PROGRAM

Joe Shawhan is entering his fifth season as head coach of Michigan Tech, and eighth season with the team overall. He’s a leader when it comes to daily habits and believes that your team’s daily habits form your team’s standards, which ultimately become your program culture. In his presentation, Shawhan discussed how he’s implemented this mindset at Michigan Tech.

ON THE BUS, WITH TONY GRANATO

With the college hockey season starting back up, Cammi Granato, Seattle Kraken pro scout, and AJ Mleczko, analyst for NHL on ESPN, welcomed Cammi’s brother Tony Granato, Wisconsin Badgers head coach, onto their podcast. Tony talked about his college experience, how the recruiting process has changed, how important it is to have a locker room full of leaders, individual players growth, differences coaching at the college and professional levels, the benefit of the student athlete experience and more. 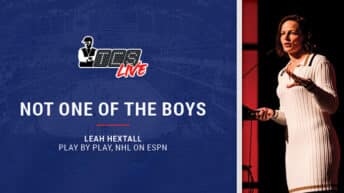 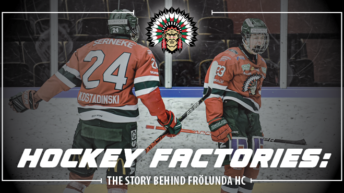 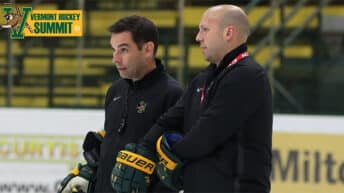