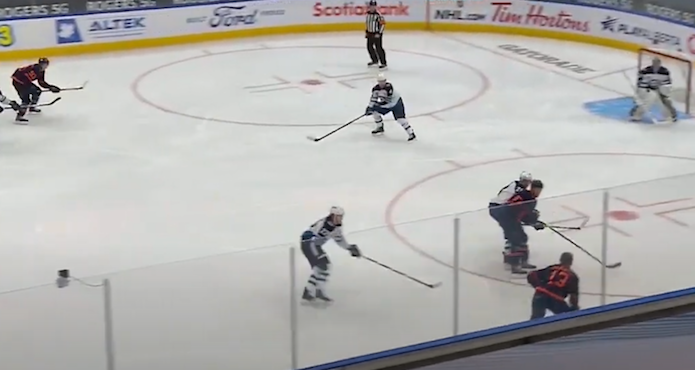 The Edmonton Oilers are an offensive machine with Connor McDavid and Leon Draisaitl. They are currently top eight in the league for goals scored, and most goals scored at even strength.

Here’s how they generate offence off the rush.

Let’s start with the most obvious example.

It’s not really a tactic or something as a coach you have to address with your team, but having someone who can skate like McDavid can really help on rushes.

Let’s admire the speed of McDavid in the following clips.

2. Sneaking behind the opponent

I could have put this one as transitional play more than entries, but I like it this way. Passing is so important, but having options and timing is more important in my opinion.

Notice how quick the forward is taking off to try to beat the defenceman. By doing this, the defender has to make a decision — follow him or try to cut off the pass. In both clips, they were able to make a perfect pass and score a goal.

Some things in hockey never change.

The middle lane drive by F2 is a tactical aspect that will often have success. What I like about the Oilers here is they are using the middle with and without the puck. With the puck, they are going nose-to-nose and kick out after.