The Weirdest Perspective On Hockey You’ve Come Across 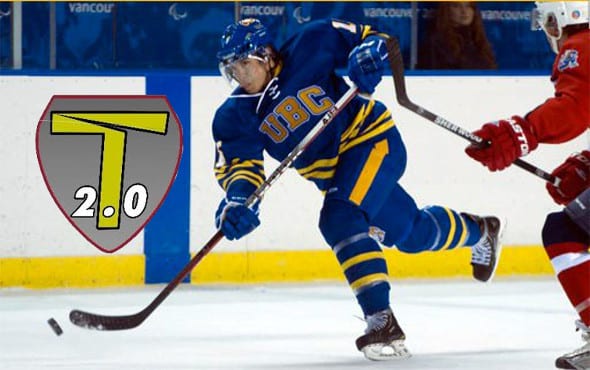 Hi, I'm Jason Yee. I'm a professional hockey player, kinesiologist, and the founder of Train 2.0. My goal is to make instructions for hockey players simple, trustworthy, and measurable by leveraging science, technology, and psychology. My method is to research NHLers through video, instruct others and myself, then gather feedback to refine my knowledge. I love documenting the journey publicly and online. I'd love to hear from you and let me know what you think - Your feedback is my oxygen. Thanks for reading my article today. Hit me up on email: [email protected] or follow my Instagram account: @train2point0

View all posts
0
(0)
Not long ago, I talked about treating your players like dogs. There was a funny part and an interesting part to this little piece. The funny part is that treating your players like dogs (properly) works. The interesting part, is that not many people understood it.
One reason that few understood this article is because most people don’t understand the Moist Robot Hypothesis.
Scott Adams thinks that humans are like Moist Robots. The Moist Robot has a set of instructions (a program), and it responds to commands based on their programming.
Now, Scott Adams is a “trained hypnotist” and a cartoonist. He often suggests that his readers should “not take advice from a cartoonist”. He might be right. But we might be able to take advice from a Ph.D in psychology: Robert Cialdini. Cialdini suggests that there is a “click, whirr” response in the brain. Where a request framed in a certain way leads to a pre-programmed response. He found that persuasion professionals (salespeople, dealmakers) are adept at invoking this “click, whirr” response to get more “yeses”. Cialdini’s work shows that we might have less free will than we think. From the flower-giving Hare Krishna devotees, to establishing rapport, we can influence behaviour of another, without them knowing, based on what actions we take.
On top of this, in “The Power of Habit”, Charless Duhigg suggests over 40% of our actions are habits – automatic reactions to external events (cues).
Work by Kahneman and Tversky also shows that humans are known as “cognitive misers”. This means that we don’t engage in effortful thinking all the time. In fact, our brains prefer the simple shortcut/approximation most of the time. Effortful thinking has a huge energy cost. So our brain systematically takes mental shortcuts to save energy and processing power. As a result, humans often have predictable (programmed) reactions to certain problems. These mental shortcuts/programs lead to faster processing, but can also sometimes lead to systematic errors in judgment. We call these programmed reactions biases.
You might be getting a little freaked out now that the data seems to confirm this Moist Robot Hypothesis. And that might be helpful.
You see, when you accept that we are indeed Moist Robots, you start looking at your learning and development in a different way.
I used to think that if I “worked harder” I would automatically get better. But then I realized two things: 1) My environment matters a lot 2) How I’m programmed to react to my environment matters even more.

Here’s an example:
As a young player, I was extremely determined to succeed. I would listen to any advice that coaches offered me. I remember that one time, a well meaning coach told me I should take a slapshot with a straight left arm (I’m right handed). While it’s generally true that you make contact with the puck with a straight arm, your wind up should usually be with a bent arm. But I didn’t know this. Neither did this well meaning coach. But since I was so determined to get a harder shot, I practiced this (faulty) technique again and again and again and again.
Eventually, I figured it out and stopped taking slapshots like that. But the amount of years where I had a crappy shot was…a lot. My shot is still the weakest part of my game.
Why did this happen?
1) The advice the coach gave me was shitty. Environment.
2) I was programmed to be coachable rather than trust my instincts.
Fixing the first part is easy. Well maybe not that easy for some coaches. But it should be the easier part: get better information.
The second part is challenge. How do you hack into a player’s program and figure out how they respond to certain inputs?
Remember that in my example, I wanted to listen to a volunteer minor hockey coach more than I trusted my own body feel. Most people do. For me, I derived more pleasure from being coachable than from trusting myself while ignoring a coach. Ignoring a coach was painful to me. There’s nothing inherently wrong with this setup so long as your coach gives you better information than your body does. In my case, I was unlucky and my coach didn’t.
One way to adjust the programming in a player’s mind is to show them what to pay attention to. Particularly, what things they should associate pleasure to and what things they should associate pain with.
Even famed life coach Tony Robbins jumps in on the Moist Robot hypothesis. He says that everything we do comes down to the pleasure-pain principle. You do something to get more pleasure or to avoid pain. Often, problems occur in our lives are when we misacossiate pleasure and pain to the wrong things. For example, someone who is overweight associates more pleasure to food than to being skinny. Or the pain of eating healthy is larger than the pain of being skinny. Either way, their pain-pleasure principle is all out of whack. They need to mentally associate pain and pleasure to the right things in the right way in to get what they actually want. He calls this alignment of the pain-pleasure principle with your goals Neuro Associative Conditioning.
The other day, a mom told me that her son’s coach recommended boxing lessons. The coach felt the player wasn’t aggressive enough on the ice and that boxing would solve this. While this seems to make sense, it often doesn’t work that well. By the same logic, I should tell my athletes to play poker to learn to be more deceptive on the ice. I’ve seen the boxing thing happen, and it rarely works for players that don’t have the correct programming for aggression.
The problem is not that the player doesn’t know how to hit a punching back or throw a left hook. The problem is that the player does not recognize the cues for initiating aggression. It might also be true that the player is scared. This means that he associates more pain to initiating aggression than to not initiating aggression. Think about this for a second.
To train someone to be aggressive you cannot teach someone boxing and expect them to become aggressive on the ice. I believe that they need to be taught the cues to demonstrating aggression, and then associate more pleasure to initiating it. Then they need to be rewarded for this. This isn’t a simple or quick process, but it can be done.
So how do you go through this process?
Another Moist Robot supporter, Karen Pryor, wrote an entire book on this type of thing….for animals.
Pryor notes that it is often easier and more obvious to correct (negatively reinforce) bad behaviour than to creatively reinforce a positive behaviour. However, she also notes that positive reinforcement leads to faster adoption of behaviours. Positive reinforcement is different than a reward. Positive reinforcement is INSTANTANEOUS and leads to a neural connection between behaviour and reward. In other words – pleasure. You might see how this ties into the Pain-Pleasure principle. A reward comes later. There is a time gap between behaviour and reward. As a result, there is no neural connection. That is one reason why money (year end bonuses) is not as motivating as people think.
Putting all of this together, can you figure out how you might shape aggressive behaviour in a hockey player? How about other behaviour? (I keep intermixing behaviour and skill. They are the same thing).
Next article we discuss this question a bit more.
-Jason
—
If you’re finding this topic bizarre, you may enjoy the rest of the series. If you want to learn more and get involved you can email us here.

For More Checkout Jason Yee at