Into the Wild by Bliss Littler 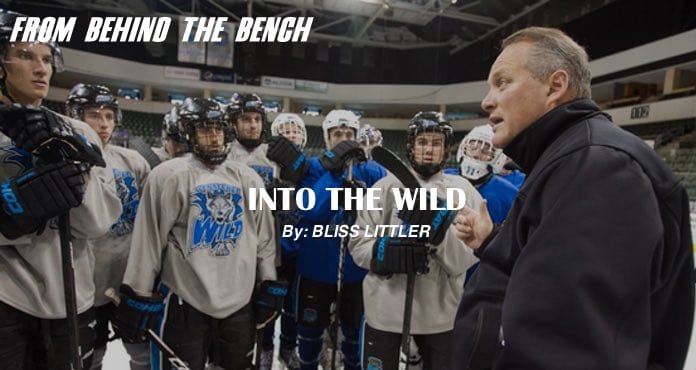 Bliss Littler had 12 years’ experience in the United States Hockey League (with the Omaha Lancers, Tri-City Storm and Topeka Scarecrows) and held USA Hockey’s all-time junior hockey record for career wins before he joined the Wenatchee Wild. After leaving Omaha, it was a non-compete clause in the USHL that limited his options and nudged him in a new direction.

Now, under his helm, this “sleeping giant” has woken up, made some drastic changes (like jumping from the North American Hockey League to the BC Hockey League). Now in their second season with the BCHL, the Wenatchee Wild are at the top of the standings. He joins us for this installation of FROM BEHIND THE BENCH to tell us what makes Wenatchee so special and how to look for potential when others might pass it by.

“Wenatchee had a good reputation in the North American Hockey League before I came here to coach. I’d just spent the prior 12 years in the United States Hockey League and I had a non- compete clause for a year, so I couldn’t work anywhere in that league without Omaha’s permission. I thought it would be a good idea to come out here, see what a beautiful part of the country it is and see what I knew was a good organization. I wasn’t sure I was going to take the job.

Looking at the team, it’s in a beautiful area at the bottom of the Okanagan Valley. You have an outstanding rink, about 4,000 seats with all the bells and whistles. So you see that, then you find out that the organization has outstanding billet families. I’ve always felt that the quality of the franchise is in direct proportion with the quality of billet families you have.

And the organization has a great relationship with the high school. It had all the makings of a really successful franchise. It didn’t take me long to realize that this organization was kind of a sleeping giant. We were here for two weeks and my wife said, “I sure hope you like your new job.”

The biggest challenge when I arrived here was the league. We were part of the North American Hockey League, which is a junior league that has 24 teams that are spread from Fairbanks, Alaska to Pennsylvania to Minot, North Dakota all the way south to Corpus Christi, Texas.

The number of days the kids were missing school wasn’t acceptable, but it was where we were located. There just aren’t any teams in this area. But we do fit the BCHL footprint. So that was really the challenge and the goal was to get into the BCHL. And it’s not about one league being better than another league, it’s about where we fit in and what’s best for the kids.

Now [in the BCHL], especially compared to what we used to have to do, our travel is not bad at all. The owner went out and bought a bus that was renovated, with a lowered floor to make more room inside and 31 captain’s chairs.

But getting into the league was very difficult. The prior owner had tried and couldn’t do it, there are so many steps to take. For our situation, you have to go through and get approval from Hockey Canada and USA hockey, and the BCHL, the North American Hockey League and then BC Hockey. You’d think you have to go in order and that things would line up but they don’t. One day you’d have to have something from USA Hockey by a certain date; well to get that you’d need to get approval by someone else but you couldn’t get it before you get approval from another organization. So, the dates didn’t always line up and it was just a very difficult and long process.

Thankfully our owner had the wherewithal to get it done and finally he got approval from all the organizations, it was a full three year process. We’re still going to give 18 of the 22 spots to American kids so we weren’t going to lose any spots for American players and that helped the American Hockey League finally signed off on it. I think everyone just finally realized that this was what’s best. We do have a border to cross but for the most part, it’s the right fit.

Does it attract a different kind of player? I would say so. We tell kids it’s the United States Hockey League of Canada. If you want to go to college, it’s the best league to play in Canada to go to college.

And it’s allowed us to retain our players because before, if they’d have one good year, they’d be off to the USHL. But now, if they have a good year, and they have a college commitment, they can stay and play in the BCHL. It’s a quality league and it allows us to keep players that second year instead of having them take off. It’s also allowed us to get in the battle for some elite level players.

Junior hockey is about developing kids. Going forward, we’ve developed a model with our ownership that we want to be the best franchise in junior hockey regardless of league and regardless of country. It’s that simple. We want to run a great program on the ice, where our team is successful and moving players onto college hockey, having players taken in the NHL draft, winning hockey games, and hopefully someday winning a Royal Bank Cup.

We want to run a good business, where people show up and watch us and that the town is proud of. And we want Wenatchee to be a destination. When kids are thinking about playing junior hockey in the United States or in Canada, that Wenatchee is going to be right on the top of the list when they’re thinking about where to go to play.” 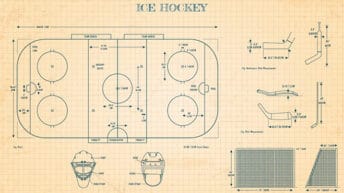 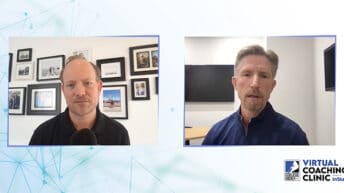