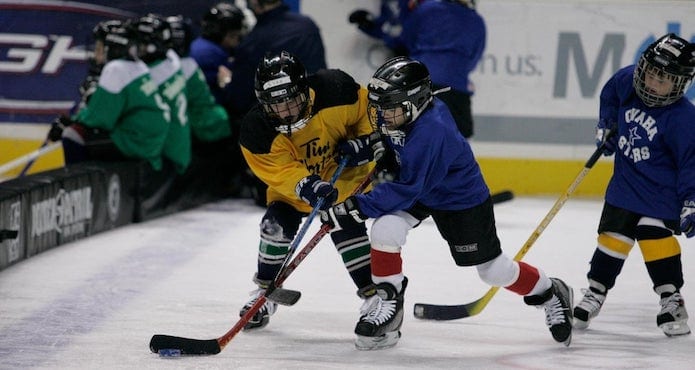 Every coach agrees that hockey sense is vital for their players, but when should players start being taught and learning hockey sense?

To set the foundation, hockey terminology and rules should be started right away. Players at the under U9 (age eight and under) level still need to pick up the basics skills and athletic abilities. Once the basic foundation has been formed it’s time to start teaching and influencing their hockey sense.

Teaching hockey sense while they are acquiring their skills gives the players an intuitive ability to apply their skills to game sequences. Top players can start around age 8-9 while others should be started by age 9-10. In the US this means coaches should be implementing drills that hit on hockey sense during first year squirt year and beyond.

Age 8-10 is when these young players are in their ‘concrete operational’ stage. It’s when players are able to start grasping logical thought and can correlate actions with success/failure.

For background, there are three large phases we must work through when developing players:

Research has shown that the biggest development in creativity is reached during childhood. Synapses (structures permitting neurons to pass signals along) get weaker with age, making creativity difficult to develop later on. Earlier the better when it comes to matching skill development with skill application (AKA using hockey sense to affect the game).

These are stages in development where a player’s specific training can have optimal effect. 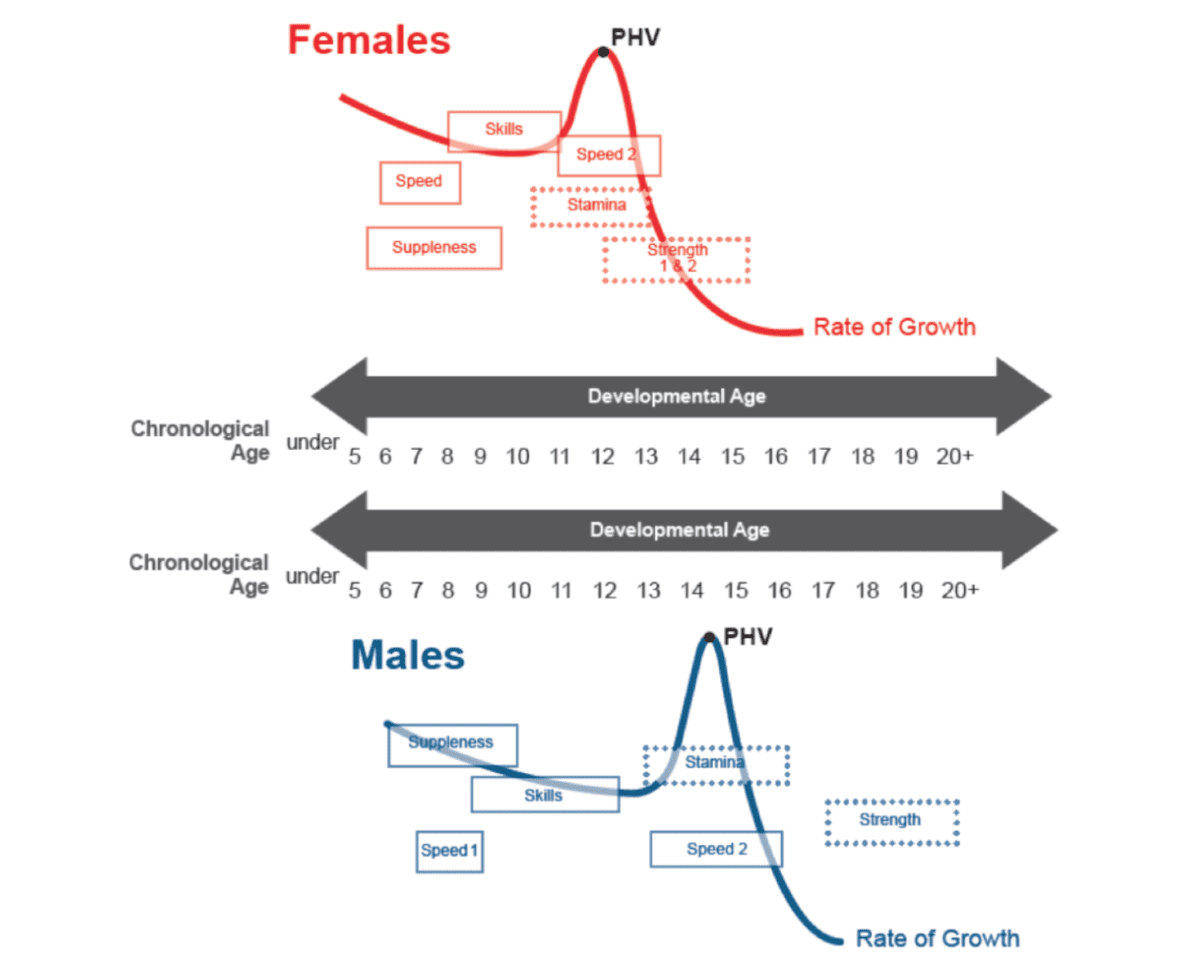 By the time we should start teaching hockey sense, flexibility (suppleness) and speed window one are coming to a close and players are in their skill window. It’s critical they learn to apply those skills to game sequences. Skill acquisition and skill application go together like peanut butter and jelly.

Now that we know when and the why… how to go about teaching this?

There are three key elements when talking about hockey sense. Coaches can influence all of them:

Situational knowledge: Getting players into situations they will see often during a game. Once honed players will have better positioning, timing, feel, and vision.

Decision making and problem solving: Putting players into environments where there are decisions that have to be made. Once honed players will be able to understand how decisions affect success or failure and make better decisions on the ice.

In practice a coach sets the environment and allows players to explore it with their skills, ideas, and tricks. I’m a believer in giving players the why behind the drill and jointly brainstorm ideas that players can use to problem solve. Not all players have the same skillset and need the freedom to find what works for their game.

Some examples of types of drills:

When planning practice always remember the player’s feedback loop and when possible, speed that up. The faster the loop, the quicker players can see success or failure based on their actions.

Greg Revak is a Certified Level 4 USA Hockey Coach. Greg coaches with the University of Akron and University School (Ohio). You can find him on Twitter @CoachRevak.See All Posts By Greg