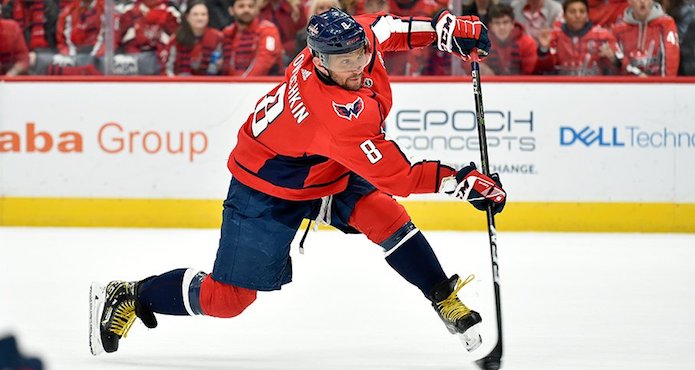 After talking with some coaches on social media, I decided to do some research on when teams score goals on the power play.

Having data from the past two playoffs, I wanted to share some stats that translate to when power play goals are scored. Taking a look at the percentages below, clearly the first 30 seconds and the first half of the power play are important.

The data below looks at goals scored at 5v4 on two-minutes penalties from the 2019 and 2020 Stanley Cup playoffs. 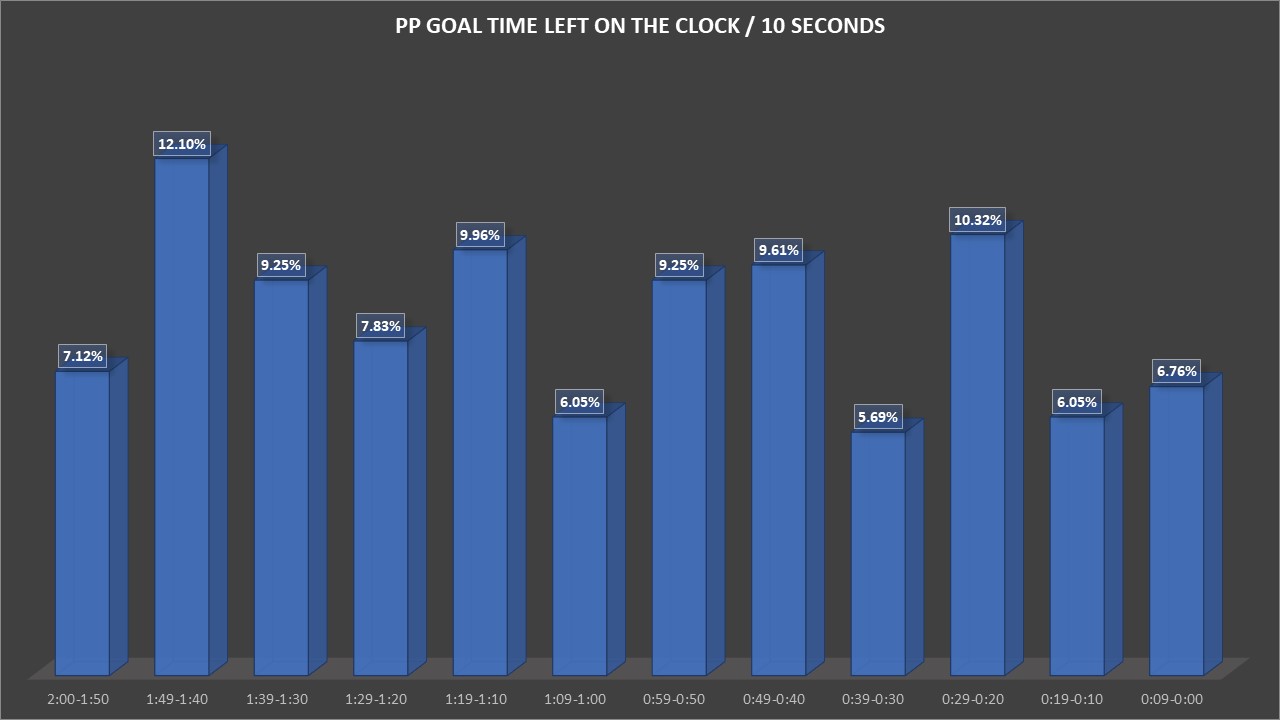 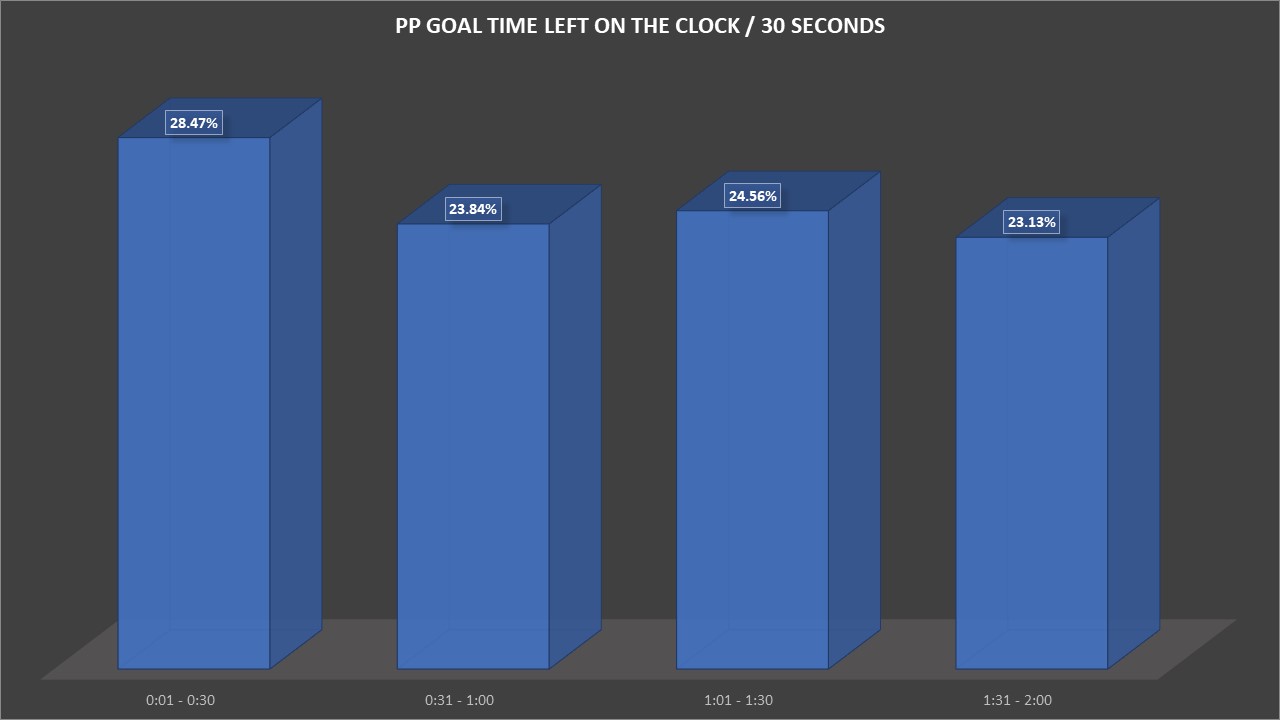 This isn’t a matter of saying “focus on scoring a goal 11-20 seconds into every power play,” but rather learning more about when goals are scored on the power play, and why?

This is the first quarter of your power play. Usually, most teams send their top players out there. We can see that some teams are attacking right from the faceoff and others take their time to establish themselves in the zone and attack later on in the man advantage.

If you lose the draw and have to break-out from you own zone, you might end up in this category.