Emily Engel-Natzke joined the AHL’s Hershey Bears as video coach in November 2020 after working at the University of Wisconsin where she served as the assistant director of operations/video coordinator. With the Badgers, Engel-Natzke worked with both the men’s and women’s hockey teams from 2015-17, and exclusively with the men’s team from 2017-20.

True or false: the average weight of NHLers has increased since 1980.

False. Average weight has been on the decline since the NHL lockout in 2004-05. Thanks to rule changes for player safety and the sheer speed of the game, it became apparent that size wasn’t as big of a factor as originally thought and players were judged less on how much weight they could throw around.

Although height has increased slightly (yet still remained fairly consistent over the past 41 years), Emily Engel-Natzke, video coach for the AHL’s Hershey Bears, presents a convincing argument in her Virtual Hockey Summit talk that size doesn’t need to matter. 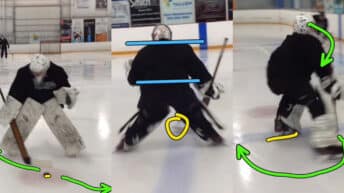 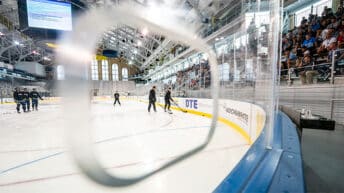