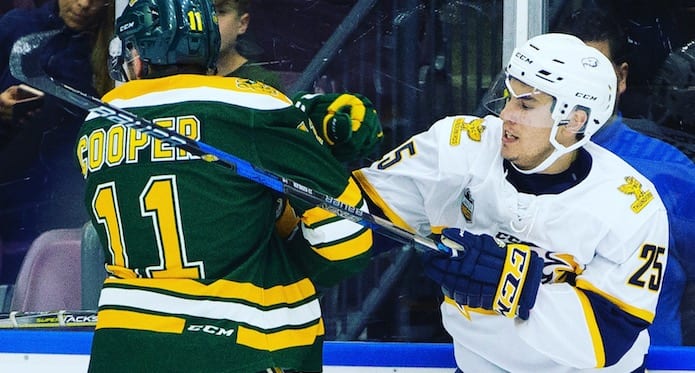 If only were as easy as counting goals and assists. Well, a lot goes into how goals are scored. Advanced statistics attempt to measure the contributions to offense and defense that don’t show up on the official scoresheet.

In a game as fast as hockey, advanced statistics are used to quantify a player’s value. Historically, a player’s contribution to a team can be most easily understood through the goals, assists and points that they contribute, as the correlation between these numbers and winning can be understood as direct. With the understanding that numbers are historically and inherently a fundamental part of player assessment, the introduction of analytics is simply an extension of the traditional interpretation of players through numbers. Advanced stats provide a deeper look at a player and team by quantifying the various elements beyond the scoreboard that depict whether a player is in-line with positive habits and trends that correlate with progressing toward good outcomes in the form of either producing points or preventing allowing them against one’s own team.

Considering that the broadest simplification of the objective of hockey is to score more goals than the opposition, your team must have possession of the puck in order to control the game and achieve that. With that high level understanding, possession can be further broken down into various categories that encompass the importance of controlling the play in all zones.

Here are three of the important analytics I use with the men’s hockey team at UBC.

Shot metrics are used as a form of possession data to show whether one’s team is producing positive offensive opportunities with a particular player or line on the ice at 5v5. While formal shots are determined by off-ice officials as subjective and specifically on-net, a line or player that is producing shot opportunities, including blocked shots and simply shot attempts that miss the net, over the shot attempts allowed against them, suggests that they have positive possession numbers and are contributing toward more positive opportunities for their team than what is allowed against them.

In order to produce the positive scoring opportunities that are measured through shot attempt metrics such as corsi and fenwick, players must successfully enter the offensive zone. Tracking zone entries provides quantifiable information about whether an individual player and/or their line are entering the offensive zone with control, which further relates back to having puck possession at important times. When a player and/or line has positive zone entry data it can be understood that the way they are playing correlates with leading towards shot attempts (corsi/fenwick) and thus scoring opportunities. When calculating zone entries, the typical tracking method involves determining whether when an individual player entering the zone is entering with control, an uncontrolled entry (such as a dump in), or a failed entry. A player’s controlled entry percentage would be based on how many controlled entries they achieve out of their total attempted entries. Furthermore, the total controlled zone entries can be calculated for a line to show the degree of positive opportunity they are working toward within this particular category.

Tracking zone exits allows for additional information relating to a player’s contributions as understood through possession data. Before one can assess the significance of offensive opportunities, looking at the frequency and accuracy, or lack thereof, in getting the puck to one’s offensive zone with control is important.

While zone entries focus on entries predominately achieved by forwards, zone exits tend to help asses’ defensemen more. One element of defensemen’s offensive upside in exiting their own zone can be understood through tracking zone exists, based on looking at their controlled, uncontrolled and failed exits as well as percentages and ratios of this stat. In addition, zone exits help in suggesting which defensemen may struggle more defensively by providing data about who is not exiting their zone either at the regular frequency, or is exiting frequently without control. Ultimately, this information can be used to help understand a defensemen’s contribution both offensively in exiting his own zone, as well as defensively in the issues that it may uncover suggesting if a player is frequently trapped in his own end or shut down frequently at his own blue line. 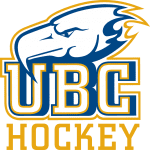 Dara is a student at the University of British Columbia and the head of analytics with the UBC Men's Hockey team.