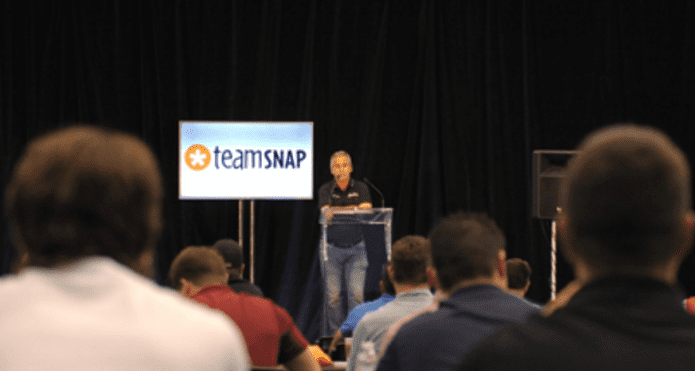 “Champions are made in empty gyms” – Muhammad Ali

Vancouver Canucks Head Coach Willie Desjardins opens his presentation with this quote from Muhammad Ali to emphasize that championship teams are created in practice and that, as a coach, what happens in practice is on your watch. Meaning you’re responsible for the actions, attitude and work ethic on display at your team’s practice.

When Willie arrived at the Hockey Coaches Conference in Vancouver, the first thing he focused on was the team’s culture: “If you build your culture, everything else will fall into place.”

When you step back and look at the biggest influence on how members of a team or organization behave on a daily basis, it’s based in the culture. In essence, your team’s culture is its foundation. If you build the right foundation, your team will be able to face whatever challenges come its way during the season.

Willie’s presentation is highlighted by several videos the team used during his tenure to help shape his team’s culture. He even show’s a snippet of a talk John Herdman, Head Coach of Canada’s National Women’s Soccer Team, gave to the Canucks to kick off the 2015-16 season (It’s awesome!). It’s clear that a team’s culture doesn’t take shape on its own. It has to be planned and practiced just like the X’s & O’s.

As a career coach, Willie has shaped his process for creating a winning team culture over time. His coaching journey started as an assistant coach with the University of Calgary in 1985. He would later be named head coach in 1989. Following a move to Japan to coach the Seibu Bears, he returned to Canada to resume his climb to the NHL, highlighted by turning the WHL’s Medicine Hat Tigers into a perennial junior hockey power. The Dallas Stars hired Willie as an associate coach to Glen Gulutzan (Gulutzan would later become his assistant coach in Vancouver before being named the head coach in Calgary with the Flames) and later placed him in Texas to be head coach of their AHL farm team. He would lead the Texas Stars to an AHL Championship before the Canucks came calling. He has also represented Canada on several occasions internationally, most notably as the head coach of Canada’s 2010 World Junior team.

Willie stresses the importance of each player taking ownership in the team. “I want every player to say it’s MY team.” This attitude empowers each individual to take care of the team and do whatever needs to be done. It’s also important that each player has his or her own identity within the team’s identity, a clear understanding of what allows them to excel and how they can best contribute to the team’s success. In Vancouver, Willie had each player come up with their own “calling card” as a means to hold them accountable for their performance. Below is an example of Alex Burrows calling card: 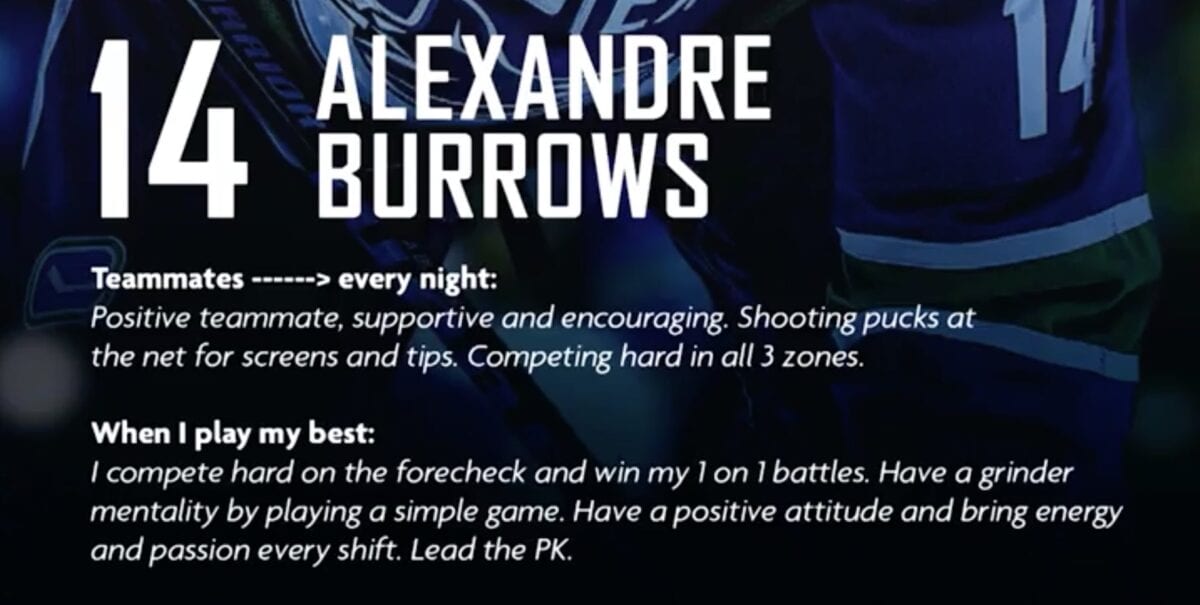 The main take away from Willie’s presentation is that a team culture that supports the group, along with each individual, and contributes to the team’s success is not going to create itself. It’s like a garden, you have to plant the seeds early, water them every day and show patience. It takes constant care before you start to see the fruits of your labor. As a coach, the culture you create within your program will have the biggest long term influence on your players.

Below is an excerpt from Willies’s presentation at our TeamSnap Hockey Coaches Conference in Toronto. DON’T MISS this opportunity to watch his entire presentation for FREE, along with our full library of conference videos. Go to our TCS | MEMBERS platform to sign up now. There’s no risk! Your first 30 days are FREE and you’ll have a new video delivered to your inbox each week.