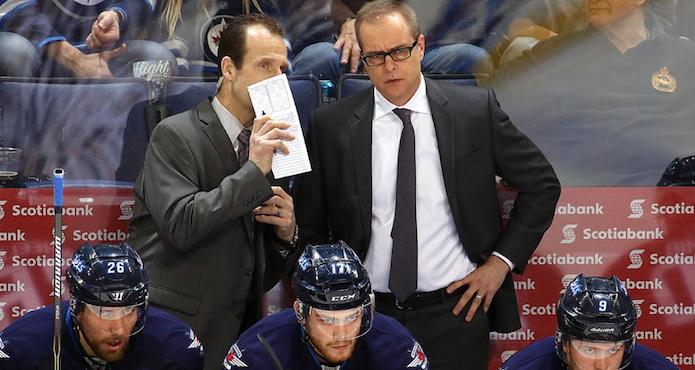 No scenario in hockey gives a coach more ability to flex their tactical know-how than the power play. Sure, choosing your lineup and delivering your d-zone structure is important, but let’s face it – watching a goal go in the net on the with the man advantage as a result of a scheme you concocted is more addictive than morning skate coffee.

Winnipeg Jets assistant coach Jamie Kompon knows that feeling. After watching Blake Wheeler, Mark Scheifele, and Patrick Laine conduct power play clinics over the last few seasons, it’s fun to dig into the tactics being taught behind the scenes. The Jets’ power play has clicked at a .649 success rate over the past two seasons, which is the fourth-best percentage in the NHL during that time.

For Kompon and the Jets, raw skill is crucial, but it’s how you use that ability that generates results. Hockey players want to touch the puck on the power play and feel success just as much as the coach does, and it’s important to evaluate who’s in the best position if you want that success more often than not.

The Jets work on component drills in their power play practice time because it breaks down the important parts that make the entire thing hum. It’s not just about throwing the players on the ice and hoping for creativity and skill to automatically translate into goals. It’s about giving those players the ingredients they need to make the recipe work.

Kompon, a two-time Stanley Cup winner who has over 20 years of NHL coaching experience, gave insight into how he coaches the power play at our Hockey Coaches Conference this summer.