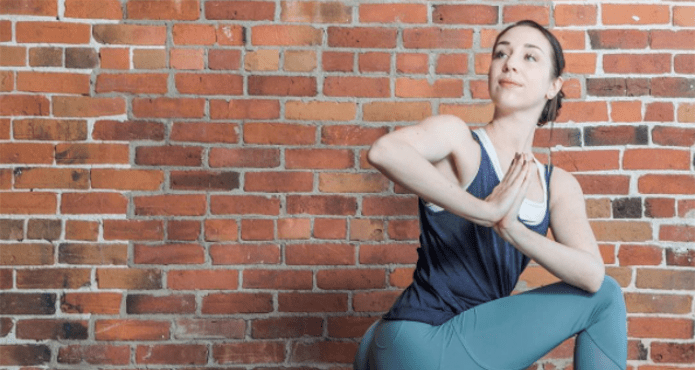 It was around this time last year when I really started to notice a significant problem in my back. For a lot of coaches out there, August is a heavy month of working in different hockey camps, doing lessons, or just getting your guys ready for the season to come.

And what do we love more than anything about being a coach? Shooting the puck. Stepping onto the ice before the players and ripping pucks for a few minutes is addictive.

It’s so addictive that a lot of us hop on ice cold and do a lot of damage without even knowing it. It’s the repetitive motion that does us in. For me, being right handed, the right side of my back was yanking the left side non-stop and everything was thrown out of alignment. The muscles were tight, knotted, and I had trouble sleeping.

And I’m just a coach complaining on the internet. Imagine the stress put on the core muscles of a hockey player practicing and playing games five or 10 times a week.

3 Benefits of Yoga for Hockey Players

I won’t dive too deep into it, but I used to write for a mattress company. I’m serious – it hasn’t always been a glamorous life of hockey writing. One thing I learned is that simply being tired isn’t enough to allow for a glorious night’s sleep. When your muscles are tight and uncomfortable, your body has a difficult time releasing melatonin, the body’s natural relaxant hormone.

This is why I went out and bought the comfiest mattress of all time. No, they didn’t give me a deal.

I’ve counted, and I’ve hollered the phrase stick on puck 943 billion times since the beginning of September. It’s frustrating to see hockey players who try to check with their sticks in the air, right? Right. So why does it keep happening?

I believe part of the problem is that it’s simply physically easier to body check an opponent without worrying about hand or stick position. Sure, part of it is mental (more on that in a minute), but the position of the hands when a player’s stick is in the air shows a tight, folded-in core. When a player leads with his stick, he has to keep a solid base on his skates while also reaching in with his stick. It’s not easy, but it’s a lot easier with improved flexibility.

Look around your dressing room after a practice and what do you see? Phones. Plugged in players. Human beings these days are uncomfortable with their own thoughts. Aaron and I discussed the terrifying prospect of being alone in your own head on our last podcast, the Art of Mindfulness with Kris Beech.

For hockey players to achieve optimal flow state, or a state in which they don’t think, they just react, a great deal of mental concentration is required prior to competition.

Yoga is the perfect teacher for busy-minded hockey players. There are clear instructions from a professional yoga instructor, which is important for any hockey player accustomed to following the rules, and there is a focus on combining physical output with mental stability.

Come to think of it, hockey and yoga probably have more in common than one might think.

Check Yoga With Kassandra for some beneficial yoga poses for hockey players.