View all posts
We've included some actionable ideas too.
5
(1)

It’s that special time of year. Players are gearing up for tryouts and there is high hopes for the upcoming season for all involved. Rinks are starting to fill again with youthful energy as the excitement for a new year begins again.

In this post we are going to cover all of the essential elements and give some actionable ideas for each. Let’s go!

For every hockey player those are the three important facets of the game. Thus these are the ones coaches should look for during tryouts and train their players for during training camp. Below are the key elements to cover:

Everyone from players to coaches to parents knows the fitness test is coming. Hockey is a physical sport and physicality is important. It’s plain to see which players took their offseason training seriously. It also can show off which players will be able to best last the rigours of a long season.

“Nah, that’s why I win the fitness test every year,” he laughed. “…I’ll be buzzing tomorrow.”#Avs

Depending on the age and availability of equipment, this could include 40-yard dash times, lifting, agility, or anything else you think of when teams do a combine. Here are some ideas:

The basis of any hockey player is their skating ability. If they can’t skate they can’t play, as they will struggle to get where they need to go. There are two key spots here, skating speed and edge control:

We've included some actionable ideas too . . . 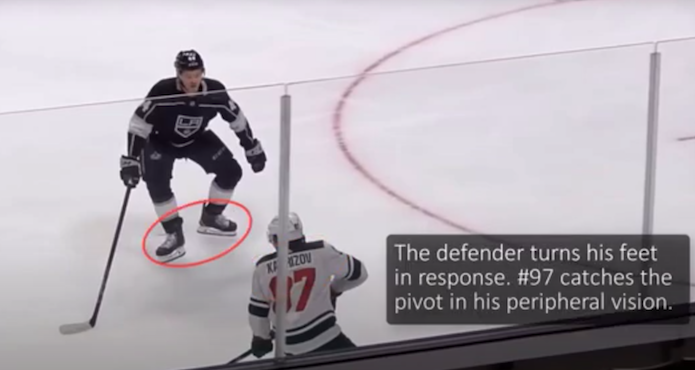