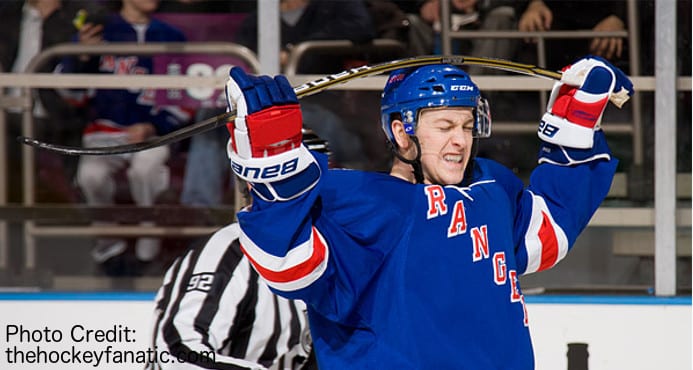 When you are in a creative state, you forget the habit of being yourself”- Joe Dispenza

It happens to all goal scorers at some point during the season or their career; the prolonged scoring slump. The goals that came so effortlessly at one point now feel like a lifetime away. Five games turn to ten, then fifteen and before they know it they are questioning their abilities, wondering what happened.

Recently, I had a hockey player come to me that was on a ten game goal scoring slump. He was frustrated because he felt he was working as hard as ever, but the puck was not going in for him. We had an opportunity to discuss what had changed in his preparation and the way he was currently playing

I asked him how when he he would become aware that he was thinking about the slump. He said that often after the game was done or on days between the games.  I reminded him that whatever we focus on, we give energy to and that will expand. It will invariably become our reality. We also chatted about the grip and hand placement of his hands on his stick during play on the ice. He said he noticed he had a tighter grip and his hand placement was a different. In addition, he said he found himself thinking the game more while playing and felt like he was chasing the puck.

When a player experiences being under stress reaction, his performance suffers. His catabolic thoughts (i.e. negative or needy thinking) will create stress, tension and anxiety in the body. When we look at the equation that Performance = Potential – interference, we know that stress reactions are the interference which we talk about in this equation. This creates the horizontal thinking (past & future) that does not allow a  player to be 100% energetically engaged in the moment.  Being able to relax and just be, not overthinking out on the ice is very important to overcoming a slump. Very similar to when we played hockey as kids, just for the love of the game. We didn’t focus on our performance outcomes of yesterday, we just chose to be in the moment and play to the best of our ability that day. We learned to let things go. Outcomes did not determine our self worth, or our love of the game, we just thrived in the process of the present moment.

There are four things a hockey player can do to overcome a scoring slump:

When I followed up with my hockey player about his scoring slump, he said that he had hit the crossbar twice on his next game after our chat, but did not score. Although, he said the he felt that he had played one of his better overall games of the season. However, the following game, he got a goal and an assist, and was the second star of the game. He said he noticed he was holding his stick less tight, had a more effective hand placement, was thinking less and just being his best on every shift. He was having more un out there and that enabled him to get into a more creative state of being. The prolonged slump become a memory. He was no longer just playing the game, he was being the game.