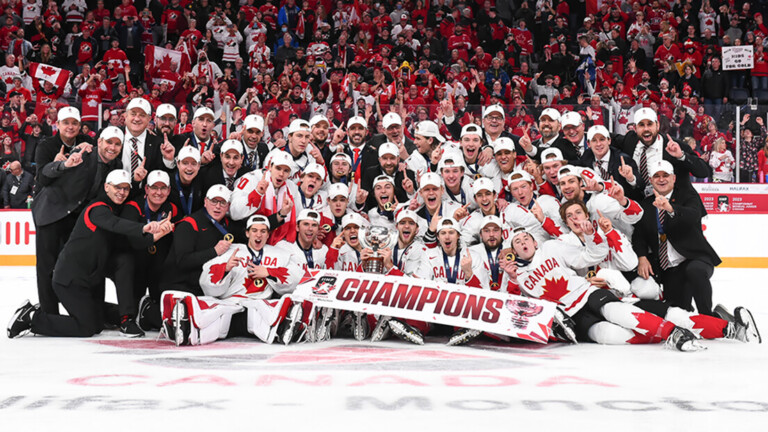 I don’t know about you, but last summer, I didn’t watch any of the games at the World Juniors Championship. But this year, I didn’t miss a single game in the whole tournament. What a great display, not only the way Canada wrote their own story, but all the teams were unique, and we saw some great upsets. Let’s get back to Team Canada, who won gold for the second year in a row, the first time since 2009. Let’s dig into seven reasons Canada won gold at the 2023 World Junior Championship.

For me, the game-changer in the semi-finals was the addition of Owen Beck, who proved that cutting him was a mistake, and Fantilli understood that he had to change his game to be efficient. What Beck, Bankier and Fantilli were able to achieve in the semi-finals by not only winning the faceoff battle, but by bringing what their 4th line was supposed to: speed, grit and momentum. Down 2-0 to the Americans, not many people had hope for the Canadians. Even the fans were quiet. But at 9:12 in the 1st period, Bankier said it was enough, I’ll wake up the team, and he delivered an open ice hit the USA player in the neutral zone. He added another hit a couple of seconds later on the forecheck, and F3 sealed the wall and added another hit. The fans started to be loud again, and the Canadians began to play with more speed and purpose. They won the offensive faceoff, and then Bedard notch another goal, and it’s 2-1 USA. Later, at 6:47, Beck and Fantilli added another big hit, and the 4th line was effective from there. Fantilli changed his mindset and used his speed and physical aspects and was great on the forecheck. We have a game now. If you want to work on  your approach, here’s a great drill.