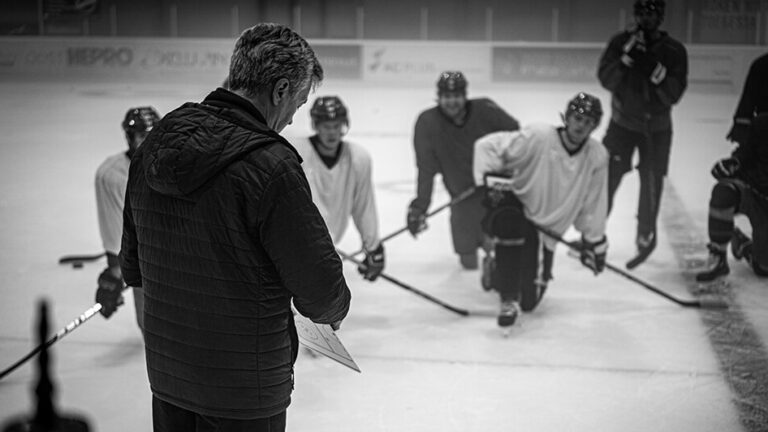 View all posts
A rising tide floats all boats. Write that down.
4.7
(6)

Every hockey coach between St. John’s and Kalamazoo puts players on the ice they trust to perform when the moment counts. The problem with those moments for agents, fans, parents, media, etc. is the context that lead to that moment, or more accurately, the lack thereof. It’s perplexing to watch coaches in the NHL plant withering veterans in key situations when a fresh-faced newcomer made viral by a toe drag on YouTube one time is ready to sprout, yet sits on the bench as a puck is fired five feet wide of the net.

We are on the same team here, people.

Parents and fans don’t see the YouTube sensation in practice or in meetings. Are they showing up on time? Are they absorbing information? If the coach feeds them more responsibility than they can handle, will that help or hinder their development? Raw skill is the engine that drives our game, there’s no question, but it’s not as simple as that when two points are on the line and sold out crowd is screaming shoooooooooot.

It takes time, but it’s crucial we don’t place all the blame on the players for their mistakes at any point in their career. Failure is an important step in a young hockey player’s development, and coaches who are willing to deal with those failures and spend time navigating those challenges are often rewarded with a blooming star sooner rather than later.

It’s in addressing these failures and mistakes that coaches and players stand shoulder to shoulder, skating in the same direction. When the player knows you’re on their side, they’re more likely to internalize the message and make improvements quicker. It’s not easy – we all want to smash our sticks on the boards from time to time, but ask yourself: will that reaction help the player get better? If the answer is yes, then sure, toss your twig into the third row.

But I don’t ever think the answer is yes.

You’re on the same side as your players. Here are a few elements that are always within the control of both players and coach.

A rising tide floats all boats. Write that down . . .