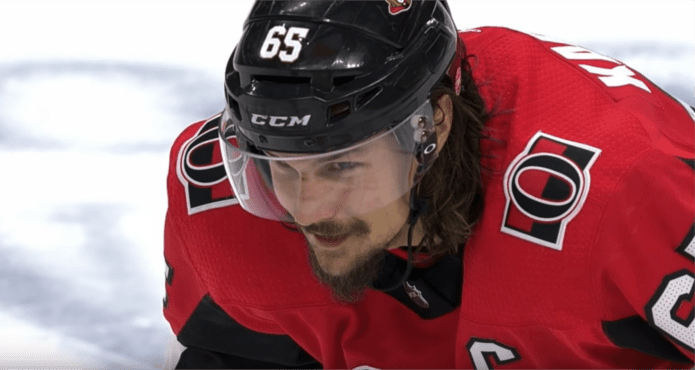 “Alright Smitty we’re going to start with you and Carvalho on the back end, Vetts and Revs up front.”

“Oh right, of course. Smitty just you, Carvs you’re next.”

“We have a penalty for 3 seconds so Faither is coming out of the box and it’s 4on4 until there’s a whistle.”

Sound familiar? Our league only plays 28 games, so over the last two years I could count the number of overtime games we’ve played on one hand. So, in my defense, when this conversation occurred recently during a road game after the conclusion of a third period in which we tied the score with less than two minutes to play, it was a situation none of us were quite used to.

That’s what makes overtime so fun.

Before we get to the strategy of 4on4 or 3on3 overtime, let’s just take a minute to appreciate this contest for what it is: pure, skilled, exciting hockey with high stakes. And because it’s so natural and wide open, as coaches of course we’re going to try to beat some structure into that chaos.

I was fortunate this time because I had seven defensemen dressed for the game. Three of which have great offensive instincts, four are relied on primarily for defense. On my game card I simply had the three offensive players listed in order for overtime. Easy, right? Well, when you’re playing a team like Calgary with lots of offensive firepower and extraordinary circumstances, suddenly the notes you wrote in the hotel eight hours prior to puck drop just don’t cut it.

At the minor hockey level, I always believed that every player deserved an opportunity. I recall a 4on4 overtime when I was coaching at a peewee tournament, and I thought it was important for every player to get a taste of overtime hockey. Overtime doesn’t happen very much any more because minor hockey games can’t extend beyond their allotted timeframes. It’s unfortunate.

But if you’re coaching junior or college or professional hockey, however, I’m guessing you’ve got players who unbutton their chinstraps when the final buzzer goes as if to say “don’t even think of putting me out there.”

Don’t worry, you tell them with your eyes and nothing else.

3on3 overtime in the National Hockey League has provided a wonderful opportunity to learn how the best players on the planet approach overtime. Man on man coverage when you don’t have the puck, no matter where your opponent ends up on the ice, seems to work best, but I’ll admit it’s still early in the game.

Plus, in the NHL, there’s the benefit of multiple reps. It’s easy to scream for man on man coverage when you’re on the bench, but once the adrenaline flows and the intensity spikes, coverage decisions take on a life of their own. Thus, I still believe in matchups in overtime, depending on the opponent. Remember that clip of the LA Kings arguing over who had to cover Erik Karlsson a few weeks back? Yeah, I wouldn’t anything to do with that guy either.

Playing in overtime with the puck has taken longer to develop than playing without the puck. After all, it’s a completely different sport with two four less players on the ice. There’s no chip and retrieve. No low cycles. No point shots with players driving the net.

It’s all about speed and creativity. It’s difficult for an opponent to play the right angle when players attack with speed. Pulling the puck out of the offensive zone in order to regroup with speed will either result in better ice position at worst, and a breakaway or 2 on 0 at best.

For us on this night, fortunately we had the right combination of all of the above. Good coverage without the puck, crafty speed with the puck, and after a couple brilliant stops from our goaltender, a player sneaking his way to the front of the net with enough time to bury the winner and snap a brutal losing streak in the process.

Man, talk about stakes. For one night at least, the strategy paid off.

And there’s no better feeling on earth than victory in sudden death overtime. I still haven’t slept.