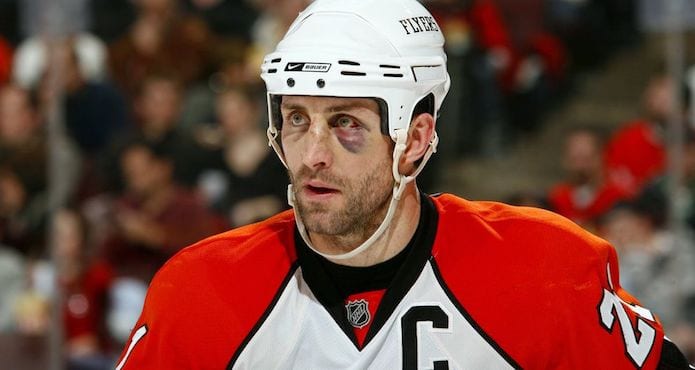 If you’re of a certain vintage, then chances are you grew up watching a much different style of defenseman than we’re seeing filling out the rosters of hockey teams all over the world. Let’s turn back the clock. 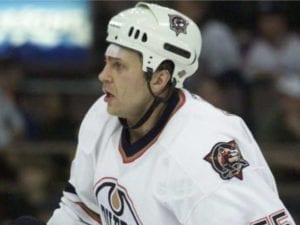 Igor Ulanov: Remember this guy? Tough as nails, a simple game, and eagerly willing to block shots with his face.

Jason Smith: A feared competitor, entering the offensive zone on Smith’s side while he patrolled the blue line for the Edmonton Oilers and Philadelphia Flyers must have been a terrifying prospect.

Pat Quinn: The big Irishman is best known for coaching decades in the National Hockey League, but before that, he was famous for nearly ending the career of some guy named Bobby Orr.

Speaking of Bobby Orr, as hockey’s modern defensemen continue to develop, we’re reminded just how far ahead of his time the diminutive Boston Bruins d-man was. The thing Orr understood better than anybody else is how important it was to maintain possession of the puck. Although he probably didn’t approach the game concerned about his possession statistics – he was just better than everybody else and didn’t want to give it away!

Paul Coffey was molded in a similar style as Orr, and enjoyed a career of breaking records as he sliced his way through neutral zones in the 80’s and 90’s. Coffey’s relationship with his head coach and GM Glen Sather was often tense, but as long as he was putting up gaudy numbers, Sather put up with his defensive miscues.

But then along came the early 2000’s, and players like Orr and Coffey, who were already far too unique, disappeared entirely. In an era of clutch and grab hockey, defensemen like Orr and Coffey were impossible to find. Teams didn’t want to spend roster spots on players who were threats in both ends of the ice and didn’t spend entire shifts water-skiing behind their opponents. Hockey coaches are notoriously safe. We give ice time to players we trust not to put us down a goal. Well, with apologies to your heart rate, those days are over. It’s time to adapt. What do we get if we combine the fearsome defending of Jason Smith with the offensive savvy of Paul Coffey and Bobby Orr?

From a skills standpoint, the modern defenseman:

It’s a fun way to play, and it’s even funner to coach, provided you can live with the inevitable breakdowns. As a coach, if you’re afraid of giving up chances, then the modern defenseman is probably going to keep you up at night, so it’s best to get used to it now. Just think, if vacating the blue line to join the cycle and giving up potential odd-man rushes the other way (if your F3 is nowhere to be found) is stressing you out, imagine what it’s doing to the other team? It’s a tough, confusing style of hockey to defend.

But it’s sure fun to play. And hockey is supposed to be fun, right?