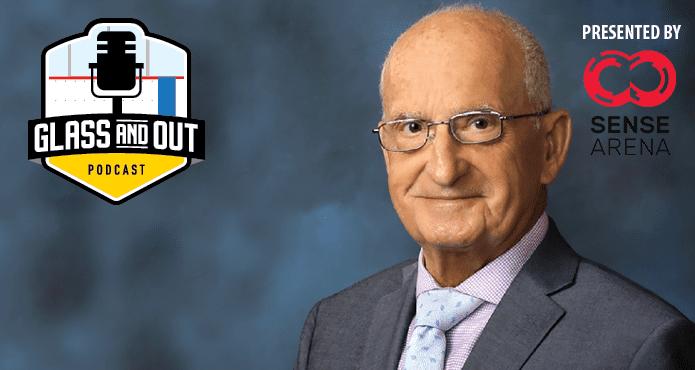 Here at the Glass and Out Podcast, we tend to focus on topics like tactics, player development and leadership/communication. This week, we’ll be focusing on an often forgotten side of the game — but one that is just as integral to success on the ice: the mental game.

Dr. Leonard Zaichkowsky is credited as one of the pioneers of sports psychology, bringing together cognitive neuroscience and sports performance. He has spent his career researching, writing and speaking on performance psychology, sports science, and the emerging technology that allows us to better understand it.

A co-founder and senior consultant at 80 Percent Mental Consulting, Dr. Zaichkowsky advises coaches, teams and sports organizations on developing athlete cognition. His current list of clients includes the Pittsburgh Penguins and Golden State Warriors. He’s also consulted with teams in the NBA, NHL, NFL, MLB, Australian Rules Football, the Spanish men’s national soccer team and Olympic sports organizations around the world. From 2010 to 2012, he served as the Director of Sports Science for the Vancouver Canucks.

Dr. Zaichkowsky’s resume also includes nearly four decades as the Director of the Sports Psychology Program within the school of Education and Graduate Medical Science at Boston University. He is a former President and a fellow of the Association for Applied Sport Psychology, a member of the editorial board of the Journal of Applied Sport Psychology, and currently section editor on psychology for the International Journal of Health & Sport Science. Recently, the American Psychological Association honoured Len with the “Distinguished Service to the Profession” award.

In this week’s podcast, we’ll be discussing the adoption of neuroscience as a driver of performance in the sports, his book The Playmakers Advantage: How to take your mental game to the next level,  and what strategies coaches can implement to enhance the performance of their players.

Glass & Out · Dr. Leonard Zaichkowsky: Taking Your Mental Game to the Next Level