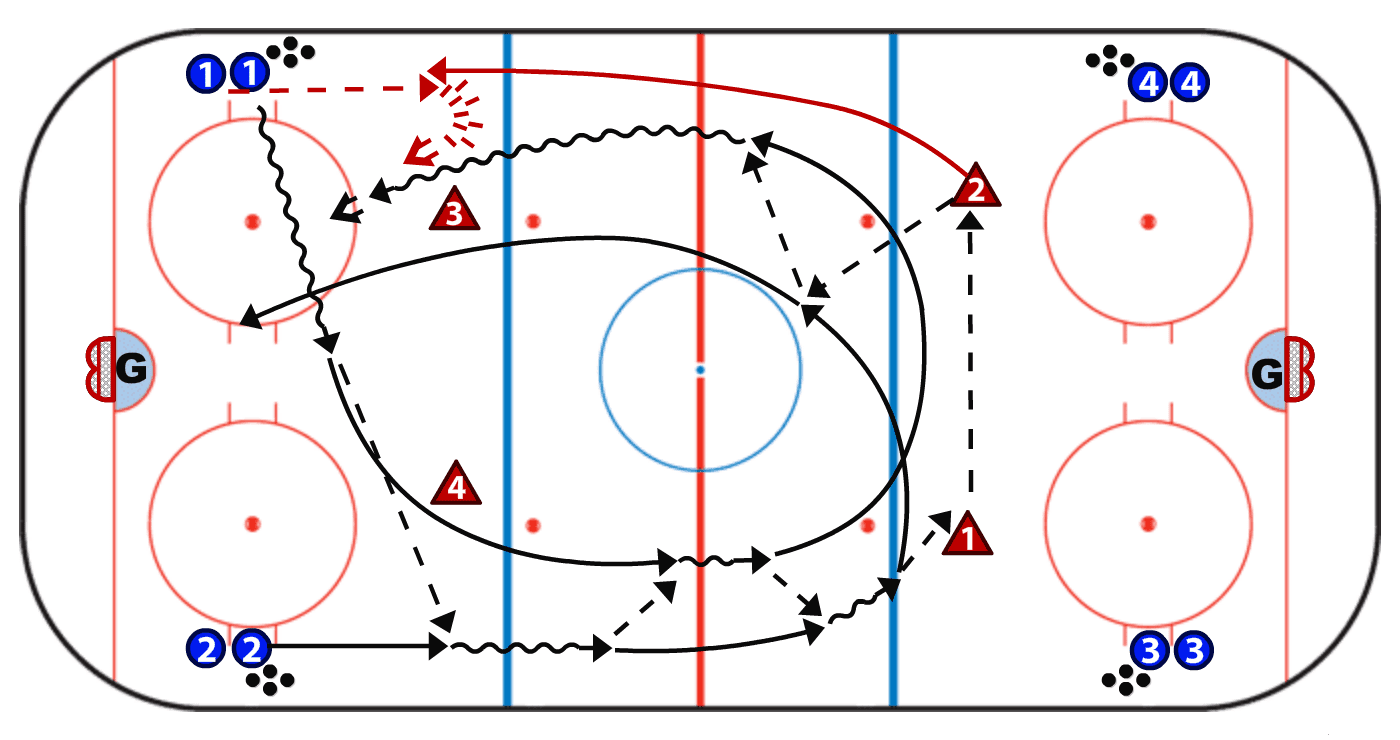 Forwards line up on all four hash marks. Defensemen are

1. On whistle, both corners leave at the same time, O1 and

O3 (one side shown). O1 starts with a puck, moving toward

O2. O2 at the same time has left up ice, heading into neutral

into neutral zone and exchange passes.

moves wide through the neutral zone; O2 takes the inside

5. O1 drives up ice wide, shooting to create a rebound at net

D2 receives a pass from O1 Line. D2 brings the puck toward

mid ice for a shot on net.

• D’s work to support their partner in transition

• F’s work on proper depth and timing up ice