6 forechecks used by NHL teams on the penalty kill (VIDEOS) 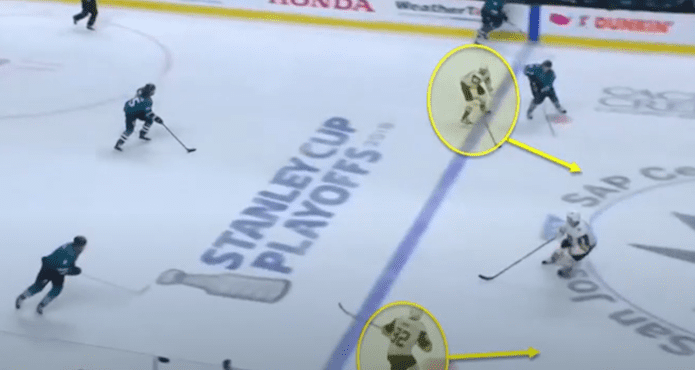 What kind of forecheck are you using on the penalty kill? Do you adjust your forecheck based on the opponent, or do you use the same system every game and try to get better over the course of the season? Watching the 2019 Stanley Cup playoffs, I’ve noticed that you can have success regardless of what kind of forecheck you are using.

Here are six different penalty-killing up-ice systems, with some variations.

With the 1-1-2, F1 is usually holding the middle ice and waiting for the puck carrier to make a pass to one side. When the puck carrier makes the pass, F2 jumps and tries to create a turnover. Notice the gap of the D and how F2 retrieves the puck that gets chipped down the wall. If you want to force the opponent to stay on one side of the ice, you can send your F2 to hold the middle. Another variation is to let the puck carrier hold onto the puck and play man-on-man on the blue line.

What I like about the 1-2-1 is how aggressive you can be on the red line. F1 will try to dictate the puck carrier to the defensive d-man’s side. When they make the first pass, F1 and the player on the same side, attack the new puck carrier. Everyone tries to slide to one side after overloading half the ice.

A variation with the 1-2-1 is to have your two d-men in the middle instead of one forward and one defenceman. The purpose behind this is a defenceman will do a better job of controlling their gap and angling to the wall than most forwards will, and they won’t cheat.