5 habits of every successful puck-retrieving defenceman 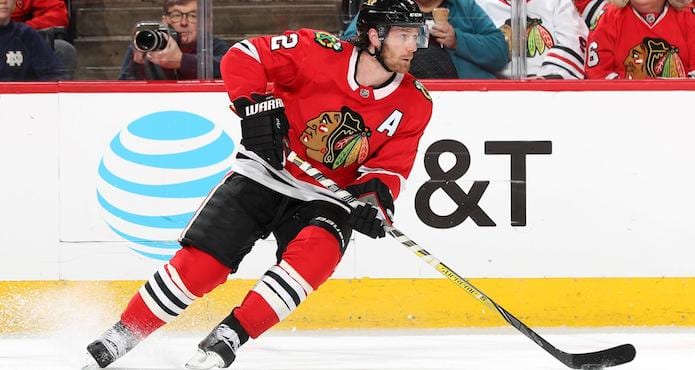 Executing the breakout under pressure requires defencemen to make split-second decisions while under the threat of contact from the opponent.
5
(1)

Throughout my coaching career, I’ve had the opportunity to coach some truly accomplished defencemen, many of whom, have played in the top leagues in Europe, and all the way up to the NHL. With their insights, we have developed the five essential habits that every successful defenceman must possess, in order to be an elite puck retriever.

In this article, I will forgo discussing those breakout patterns and instead will drill down on the key specific habits, which will determine your defencemen’s ability to successfully retrieve, and ultimately make a play on the puck (focusing on the initial point of contact with the puck when a defenceman is under pressure with his back turned to the play going to retrieve a puck). If your blueliners aren’t comfortable with the skills necessary to execute the breakout, the breakout plays themselves will be much more difficult to execute.

Breakouts, by nature, are the team’s first opportunity to transition the puck, and determine whether your team will be able to create offence and neutralize the opposition’s forecheck. I view this as a real power struggle for territorial advantage and an opportunity to begin to tilt the ice, spending less time in the defensive zone and more time possessing the puck. It’s no surprise coaches at all age levels realize the importance of breakouts and how critical they are to a teams’ success.

Defencemen who can retrieve pucks under pressure and make plays can really enhance your team’s ability to break the puck out. Let us now breakdown the five habits necessary of a successful puck retrieving defencemen.

Shoulder checks are the key. Your ability to scan the ice before reaching the puck and assess the situation allows you to create a better angle to the puck.

The sooner you get to the puck the more time you will have to make a play and the higher percentage of making a good first pass — you want to be quick but don’t hurry.

3. Determine which side the forechecker is attacking from

Divide your body in half (left side/right side). Feel where the pressure is coming from, this will allow you to choose the best escape move whether it be to the strong or weak side and/or to gain the back of the net for additional protection.

Executing the breakout under pressure requires defencemen to make split-second decisions while under the threat of contact from the opponent . . .

Professional hockey coach in Europe who spent two seasons with the Bolzano Foxes as an assistant coach, winning the EBEL Championship in 2018. Phillip is currently a head coach in the Polish Hockey League.