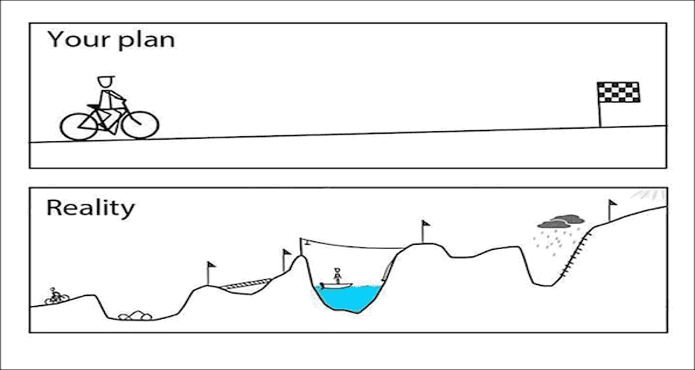 I ran into a parent I hadn’t seen since the season ended the other day. He’s one of the good ones, there’s no question. His son received a junior A commitment last November and is a strong NCAA scholarship candidate.

And his kid nearly quit hockey three years ago.

Awhile back I was researching video of the athlete in question during skill sessions from a few years back when I first met the family. He’s about four inches taller now and at least 30 pounds heavier. He’s strong. He moves like an adult. Three years back we were cautioned against this player because he lacked courage, toughness, and a willingness to battle in the corners for pucks.

Well, on more than one occasion this past season he attempted to remove an opponent’s leg from his body with his stick, then stared him down until he skated away. I for one still find value in some of those parts of the game.

But I value skill above all else. The good news is that one of the best ways to develop skill is to subject it to adversity. The best coaching advice I’ve ever received?

Development holds various meanings. For coaches, it means progressing through hockey’s required skills naturally. To scouts, it means improving everything until you’re good enough to make the jump. To parents, it means making the best team possible year after year.

Development exists in different forms. Athletes develop at different speeds and absorb a variety of different aspects of the game. Every hockey player is unique.

Improving your skating is part of development. So too is stickhandling, passing, shooting, and checking. Small area competitions in practices are rightfully gaining momentum because they simulate game situations. Auston Matthews, the Toronto Maple Leafs’ first overall pick in the 2016 NHL Draft, followed a famous development curve based largely on playing 3on3 hockey in his home state of Arizona as a child.

So that will work for everyone, right?

I’ve held self assessment sessions with more than one teenaged hockey player who told me how much adversity he’d been through during his hockey “career”. Players who’d never been cut from a team, never played a less-than-prominent role, players who had been given everything they’ve ever needed or wanted.

By all accounts Auston Matthews was better than anyone he faced as a child. Plus, as a multi-sport athlete (he loves his baseball), his skills were developing naturally away from the rink.

But his parents could hardly afford it. They had to sacrifice a lot to help their son’s development, because their son had a burning passion for the game. The young Mr. Matthews no doubt learned to appreciate everything his parents and his hockey community provided.

This young man is a future superstar in the NHL. What about the players who have never played AAA hockey? Aren’t drafted into the CHL? Aren’t chosen for a scoring role?

How will they deal with that adversity?

Hockey has a sneaky ability to expose two types of players: victims and survivors. Adversity exists in many forms (had to double check that I wrote the exact same thing about development above – yep, I did!).

A family’s financial ability. Dealing with difficult practice schedules. Having trouble improving a specific skill. Dealing with a grumpy coach.

Playing 3on3 hockey and competing in small area games are a great way to face adversity, but only in conjunction with learning helpful developmental skills.

Example: in practice, focus on specific stickhandling skills, such as protecting the puck on a player’s backhand side, then introduce a small area competition that encourages the skill in order to win.

The good news is the hockey season is long enough to grant plenty of opportunities to face challenges in adversity and development head on.

We must teach our young players resiliency, and encourage them to face their challenges head on. This is how we bring potential to the surface.