How to Build an Indestructible Team Culture 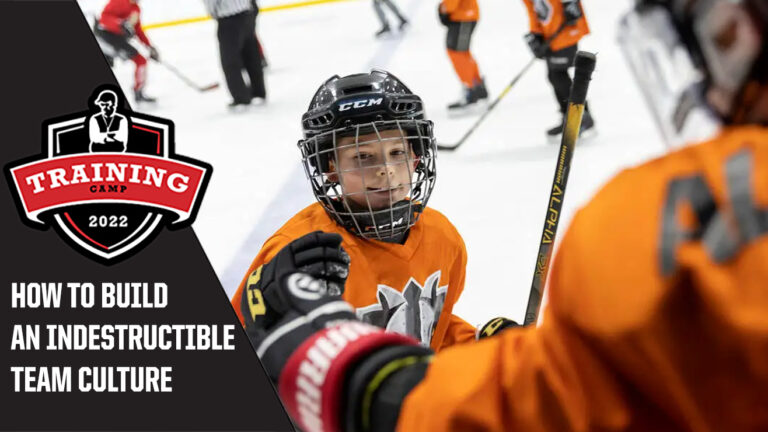 You get the culture you build. Figure out which details are crucial to the daily operation of your team and your staff and follow through on them come hell or high water.
5
(2)

I’m about to break a cardinal rule of writing by introducing the conclusion of my article right now. That’s how important this particular element of team culture is.

Sometimes I have a hard time remembering exactly how the teams I’ve coached performed over the years, but I never have trouble remembering the people. We’ve all coached a couple kids here and there who gave us issues (or their parents gave us issues), but there are always those individuals who make a positive impact that make it all worthwhile. I remember a time when I had three former players competing in Junior A hockey who all considered quitting the game when they got to midget.

But they stuck with it. They persevered. They got better and raised the game of everyone around them even though they came out of nowhere.

Now one of them is a shoo-in for an NCAA Division 1 scholarship, and I wouldn’t bet against the other two.

People. Without people, your culture is nothing.

Don’t want your players to complain to the referee? Then you’d better be careful about your own complaining. If it’s something you value, then you’re bound by your culture to follow through.

It’s no secret that culture follows us around. One of the most important things I’ve learned in the game over the past decade is that it’s important to look in the mirror as often as possible.

Keep running into the same problems with players? With management? With hockey associations? Maybe you’re the problem.

Be the change you wish to see in the world. Talking the talk is one thing, but we all know talk is cheap.

You get the culture you build. Figure out which details are crucial to the daily operation of your team and your staff and follow through on them come hell or high water . . .