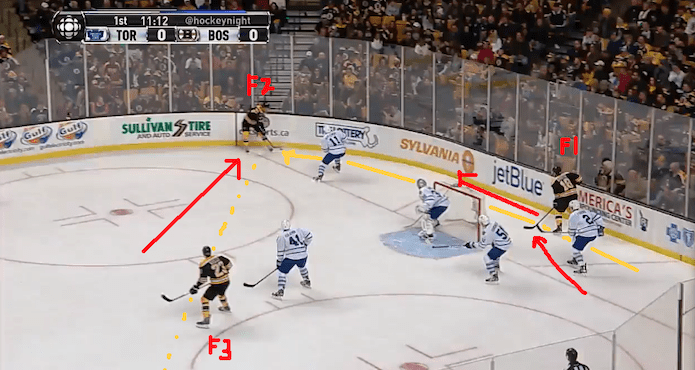 When you watch teams that consistently win puck recovery battles along the boards there is evidence of strategy, tactics, and skill at play in their execution. These teams understand how important winning puck recovery battles are to winning the puck possession and control game and ultimately the hockey game.

But it’s not enough to know why it’s important to win puck battles. They need to know how to do it, too.

A puck recovery battle is a pressure trigger that requires a group tactical plan to be executed by players with the skills to get the job done. The coaching of this group tactic should be broken down into the elements of a tactical plan and the skills required to execute that plan.

Kids benefit from being coached to win the puck possession game. When kids play more with the puck than without the puck they enjoy the game more and their offensive skills improve.