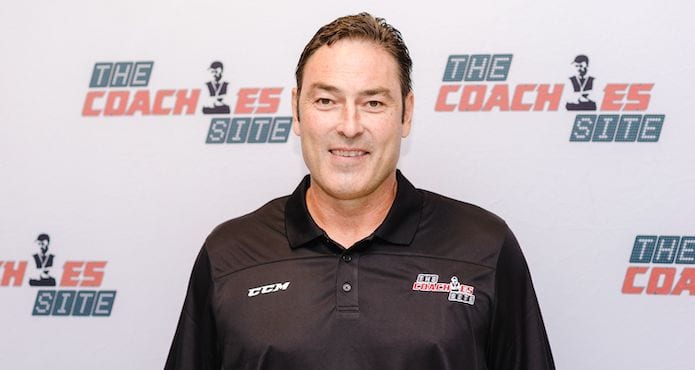 One of the most important aspects of the hockey coaching business in the past few decades is that even hockey players at the highest level of our sport need to develop. Surely they’re a little beyond simple passing, shooting, and skating drills, right?

Not so fast. The reality for a national hockey league player is that they access to a humongous amount of information. From systems to scouting to skill techniques, it’s easy to understand why pro hockey players get overwhelmed from time to time. And they’re paid to know this stuff! But coaches in the NHL know that sometimes it’s best to drown out everything else and focus on skill development.

Because hockey is about getting better. Every day. It’s the same approach whether you’re 6 years old or 46.

Jeff Brown spent over a decade playing the NHL for seven teams, and he followed that up with a coaching career that saw stints in the UHL, OHL, USHL, and NAHL. He spoke at our 2018 conference in Toronto. According to Brown, the development scheme in the NHL isn’t that different from minor hockey.

“It’s not that exciting truthfully. There’s no shortcuts. As a coach you encourage them to do every drill as hard as they can.”

This means that first round picks are expected to improve. So are 7th round picks. So are 15 year veterans. For Jeff Brown and the St. Louis Blues, development occurs at a steady pace, but a unique pace for each individual. The same lessons can be adopted by coaches in minor hockey, college hockey, and pro hockey anywhere on the planet – who’s going to develop quicker, with a better skill base: the player who practices hard every time, or the player who practices hard every other time?

Check out the trailer for Jeff’s presentation below, or watch the entire premium video with your TCS membership.